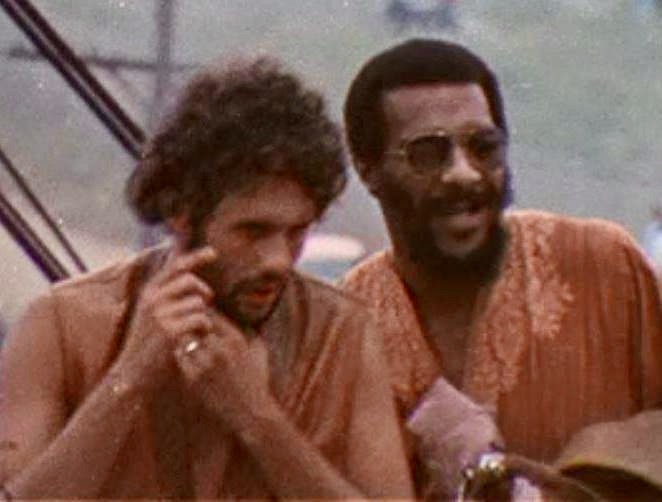 Artie Kornfeld is best known as the music promoter for the The Woodstock Music & Arts Festival held in 1969, but before Woodstock, Artie had already written over 75 Billboard charted songs and participated in over 150 albums with many other artists of note.

“Never did I think that what started as an idealistic conversation among friends would become part of history” and what Rolling Stone magazine describes as one of the top moments “That Changed the History of Rock & Roll.”

Artie was solely responsible for the historic record & Warner Brothers movie contracts for the Woodstock Film.

He hired Michael Wadleigh to film the Music & Art Fair of ’69, which won the movie and him a 1970 Academy Award.

He was the First Vice President of Rock Music at Capitol Records, and the first for Rock Music, period.

Over 40 + years experience as a composer, publisher, producer, manager and promoter, among many other awards and recognitions he had a hand in over 100 Platinum projects.

As A&R VP (for 3 major labels) and as an Independent Producer played a major role in the “top of the charts” success of some of the top rock artists of all time.

Co-Producer & Manager with Don Rubin of the band “Felony”
who’s #1 alternative record & Top 30 hit single and #1 dance record in the U.S. “The Fanatic” & thru Artie’s guidance to the late Rick Carroll (KROQ) which led to the explosion of alternative music & radio.

Consultant to, & protégée of his industry mentor, icon Charles Koppelman EMI (7 yrs) Marketing Director for The Entertainment Co & Screen Gems Music. As independent promotion director, became a “must have” for artists because of successes for Neil Young, Tracy Chapman, Survivor, etc.

Author of the new book of his memoirs “The Pied Piper of Woodstock” by Artie Kornfeld.

Artie has spent the last 40 or so years speaking to schools, organizations, and universities on the true meaning behind Woodstock. He has done over 5,000 radio interviews and for years, hosted his own radio show called, “The Spirit Show with Artie Kornfeld”

and “The Pied Piper of Woodstock” can be purchased at Amazon.com, Here, or on iTunes, Here.

ARTIST, SONG & FACTS
The Angels, “I Adore Him”, Top 10 Billboard
The Bangles, “How Is The Air Up There”, # 1 in 7 countries
Bert Sommer, “We’re All Playing In The Same Band”, Top 40 single and producer of his 3 LP albums
Oscar Benton & Artie Kaplan, “Bensonhurst Blues”, # 1 in Europe 3 times, Alain Delon Movie “The Skin of a Cop”
Jerry Butler & Betty Everett, “We Need Each Other”, Top 10 Album Duet
Freddie Cannon, “Lookin For Fun”, Billboard top 60
Changing Times, “The Pied Piper”, Writer & Producer, Top 50 Single – USA
Cher, “The Pied Piper”, Top 5 Album
Crispian St.Peters, “The Pied Piper”, Top 3 Worldwide
The Cowsills, “The Rain,The Park & Other Things”, (aka “I Love The Flower Girl”), Producer and # 1 Worldwide
The Cowsills, Album written & Produced A.Kornfeld, Platinum Single, Gold Album
The Cowsills, “We Can Fly”, Top 10 Single
Al Hirt, “We Can Fly – Up Up & Away” Medley, #1Jazz Single Worldwide, #1 Adult single Billboard
Johnny Crawford, “Judy Loves Me”, written & produced with Jan Berry, Top 40 Billboard
Connie Francis, “Turn Another Page”, Top 40 Billboard
Gene Pitney, “Turn Another Page”, Top 60 Billboard
The Hullabaloos, “Did You Ever”, Top 5 Europe, Top 60 USA
Jan & Dean, “Dead Mans Curve”, Written with Brian Wilson & Jan Berry, #1 USA, Top 10 –Aust/NZ/Europe
Jan & Dean, “Little Old Lady From Pasadena” LP, co-writer of all except title song, Top 10 Album Worldwide
Jay Black & The Americans, “She Doesn’t Know It”, B side hit single, “I hear Trumpets Blow”, Come A Little Bit Closer LP (Top 10)
Wayne Newton, “If I Only Had A Song To Sing”, Top 60 Billboard Pop & Country
Tony Orlando, “She Doesn’t Know It”, Last solo single before “Tony Orlando & Dawn”
Gary Lewis & The Playboys, “When The Parties Over”, Top 40 Single
The Tokens, Three Songs on the album “Come A Little Bit Closer”, Top 10 Album Worldwide
Reparperata & The Delrons, “And The Music Went On & On”, “How Can You Tell”, charted in Billboard
Minnie Ripperton & The Rotary Connection, “Aladdin”, Top 50 in Billboard, opened the door that led to the hit “Loving You”
Crispian St. Peter, “Aladdin” (follow up to #1 Pied Piper), Top 10 Europe
The Shirelles, “Tonight You’re Gonna Fall in Love With Me”, Top 20 Pop Billboard, Top 5 R&B
Dusty Springfield, “Guess Who”, Top 40 USA, Top 20 Europe
Bobby Hebb, “Some Kind of Magic” Follow-up to #1 “Sunny”, Top 40 Billboard
Woody Allen, “Chicken Of The Sea”, only time Woody Allen ever sang on a record!
…MANY MORE (too many to list) including 4 movies