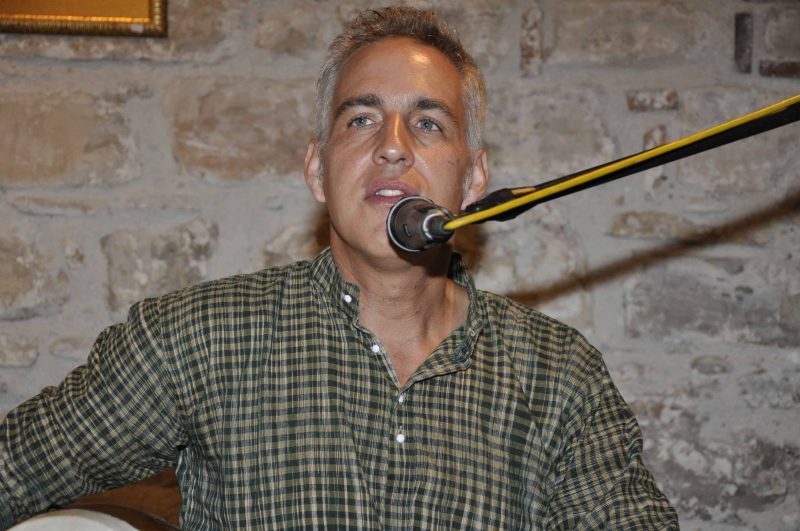 Sarod player, singer / songwriter and composer Stephen Day writes songs and compositions inspired by his many music tours around the world.

Born in California, and raised in Canada and France, Day began as a guitarist, then studied sarod in India with world-renowned award winning sarodist Amjad Ali Khan.

Day describes the 21-stringed fretless silver-necked sarod as being like the ‘granddaddy of all guitar like instruments’ and playing it as being ‘like taking a rocket ride for the inner soul’.

After India, Stephen spent time touring in Europe and America where he played premier venues including the Kodak Theater in L.A. and Town Hall in N.Y.  He then settled in Los Angeles and began to write music for TV and film. His body of work now contains music in 7 films, 4 music libraries, 4 albums and hundreds of television shows.

In 2007 Mr. Day organized and performed in a concert at the United Nations where his music was featured as a uniting force for ancient civilizations and modern countries in the East and in the West.

Stephen is the founder of “Ombience” a 501 c3 non-profit organization dedicated to self-reflection through the Arts.  In addition, he co-founded Arts & Entertainment Radio (AER), the most listened to station in the IBS network of over 45 mostly college radio stations, with well-known broadcaster and musician John Tesh. Stephen currently resides in Los Angeles where he is currently recording and performing his new show entitled ‘Stephen Day and Friends’.   The exciting new show format blends elements of world music and dance with meditation and yoga and features eclectic collaborations between Stephen’s Sarod playing and Steel Drums, Tablas, Vocals and Sufi Poetry to name a few.

Learn More About Stephen Day and Check his Music and Videos out Online: