A Teenager’s How To: Conquer Fear and Overcome Anxiety – Ep673-2 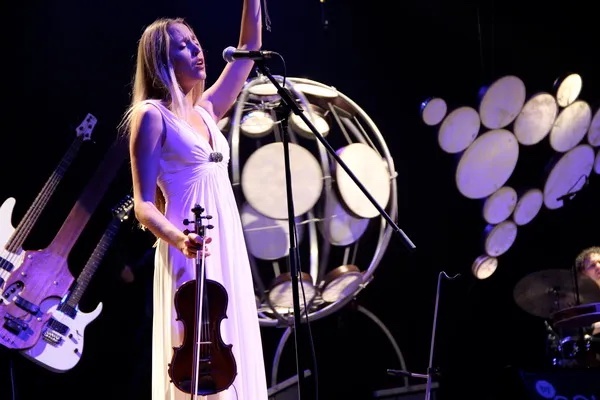 Onyay Pheori is a vocalist, violinist, song writer, producer, composer and actress based out of Los Angeles, CA.

She writes and produces music for film, tv, trailers and commercials and has had domestic and international placements, including shows and trailers on Bravo, Lifetime, ABC, the USA Network, E!, MTV, ESPN the trailer for the video game Devil May Cry 4, the theme song for HDNET Movies, a trailer for Grey’s Anatomy, as well as international ads/placements in Europe, Australia, Russia, South America and Asia.

In the fall of 2014 Onyay released the EP, No More Waiting, with the title track being the campaign song for Beanpole commercials with Korean star Kim Soo Hyun and the song, Fever, in Fila and skin care ad campaigns. Onyay toured internationally with The Earthharp Collective from 2008-2014 and performed in hundreds of festivals, performing art centers and private events, including The Great Hall in Shanghai for the International Arts Festival, La Parroquia for the La Calaca Festival in San Miguel de Allende, TEDx Kansas City, The Wanderlust Festival and performed in the Finals of America’s Got Talent, to name a few. She also toured and performed with the world renowned Quixotic Fusion.

Onyay began a 7 Year Quest called 33 Muses in 2005 when she started traveling to sacred sites opening up to the mysteries and frequencies beyond this world.  Since 33 Muses’ inception, she has journeyed deep into the Amazonian Rainforest and ascended high into the Andes of Peru and Ecuador, explored the Mayan Ruins of Mexico, the Temples and Pyramids of Egypt, the Caves and Ruins of Crete and Greece, the castles and mountains of Southern France, the temples and jungles of Bali and Java as well as sacred and natural places in over 33 countries including Chile, Ireland,Indonesia, South Africa, India and New Zealand.

Her process involves a receptivity and communication with the sounds and memories held in these places, translating them through her voice and violin as a sonic shapeshifter, becoming more human and more than human simultaneously.