Wishing You All Lots of Christmas Presence All Year Long 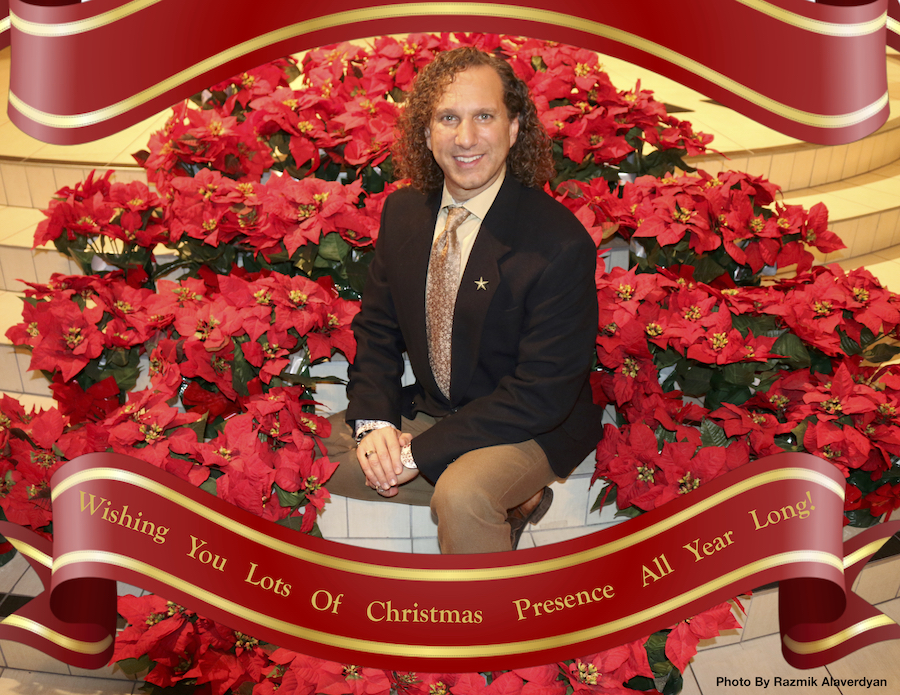 This Holiday Season I have experienced an interesting phenomenon. Each time after leaving a Holiday Party, a Seasonal Event, or a Christmas Concert, I felt like I had just experienced Christmas, and the next morning, I’d feel like Christmas had passed. That is until the next event, where I’d feel like it was Christmas all over again.

And although all of this was true, I came upon yet another reason that brought it all home for me, and I came to feel like I had received the greatest Christmas gift ever.

Perhaps fueled by the fact that I have known that I would not be able to spend Christmas Day or New Year’s, for that matter, with friends and family because I will be performing in Europe, I consciously chose to celebrate each event leading up to my trip as if it were our/my special Christmas.

As much as I knew how, I became as present as possible with everyone, at every event, doing my best to give and receive my best understanding of the “Christmas Spirit.”

I also chose to spend less energy buying things and more energy taking the time to meet with people, do for people, and do with people, than I usually am able to take the time to do. In essence I was giving less “presents” and giving more “presence!”

Consequently, I found myself more present than I probably have ever been on Christmas Day, in the past, wherein I have wondered, did I buy enough presents? Did I spend enough on this or that person, based on the gift they gave me? Did I buy the right size for them? Will they like what I brought? Are people eating and liking the dish I made? Sadly, I could go on and on.

Happily, however, this year it has been different, and the best part of it is, that I get to continue doing it, at several parties, events, concerts, and performances until Christmas Day. And if I can, I intend to take it to Europe and back, and into the New Year and beyond!