Popular Shows
Home Archived Love Yourself the Most, with Guest Nicole Drakulich, and Musical Guest, Jimi Yamagishi on The LIFE CHANGES Show #510 – Pg2

Love Yourself the Most, with Guest Nicole Drakulich, and Musical Guest, Jimi Yamagishi on The LIFE CHANGES Show #510 – Pg2 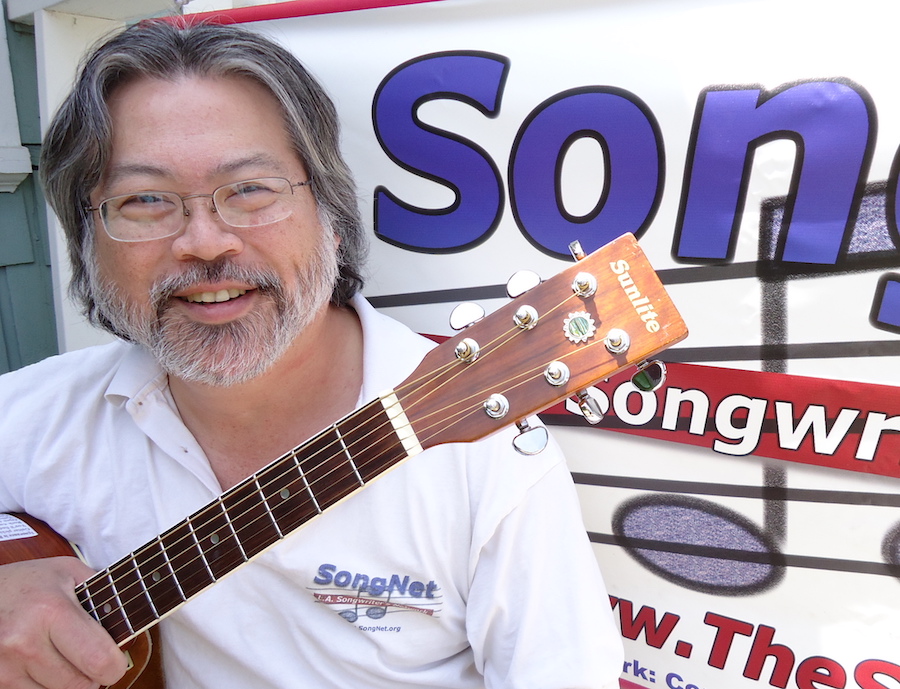 As the current director of the SongNet.org, Jimi Yamagishi brings over four decades of life in this industry to the table, helping other songwriters make those crucial connections while actively playing the circuit to keep current.  A veteran session musician with a wide variety of genres in his pockets, his solo material features lyrical wit similar to Michael Franks, smooth James Taylor-esqe guitar lines, with a lil’ spritual sauce on the side.

Having written over a thousand songs, he’s currently working on archiving them on Youtube, having already released several albums & CDs along the way.

More About Jimi Yamagishi at www.jimiyamagishi.com, and see him in person at Kulaks Woodshed or a multitude of venues around Southern California.

Having toured the California coast since the mid seventies, Jimi Yamagishi is one of those artists whose range of experience & depth of emotion translates into a genre-defying range of music, defined only by his warm vocals & eloquence in lyric.

His current release, “Talkstory”, derives it’s title from the Hawaiian phrase for hangin’ out with friends, sharing life & enjoying the moment. This is what this collection of songs is all about, from his first inspirations in “Guitarpickin’ Preacher” to his thoughts about the passing of time in the title cut. Jimi speaks from a deeper place, painting stories with words & music, in a unique style that is all his own. He also treasures his friends & posts to his blog often. You can find his thoughts @ www.myspace.com/guitaryoda.

Jimi tends to see the world in lyrical terms, & writes songs that are almost conversational in thought, easy & comfortable to listen to. Born & raised in East Los Angeles, his cross-cultural influences from teriyaki to tortillas gave him a broader perspective & appreciation for the world around him.

As a child, the radio was always on at home, with orchestrated pop from the likes of Andre Kostelanetz & children’s music from old 45’s filling the rooms. A neighbor’s bossa nova record, & the emergence of the folk movement in the 60’s broadened his appreciation for other kinds of music, & after an epiphany in 1970, he began playing guitar & singing at church. Not being satisfied with the traditional hymns & folksongs available, Jimi began to write his own songs & started his own band to sing them. This band, “Inspirit”, was well received & played up & down the California coast often sharing the stage with some of the most respected artists of the Jesus movement like Karen Lafferty, The Way, & Keith Green.

Gathering up a few friends to record the first project for JEMS Music Ministries, the Revelation band was formed, & performed new original material almost every weekend for two solid years, & provided several tracks for a subsequent JEMS project, including Jimi’s own “Smile Song”. Jimi was then asked to fill in as a temporary bass player for “Everlasting” due to his reputation as a multi-instrumentalist & session musician, which led to his taking over most of the songwriting & arranging duties, which in turn led to headlining large events & venues, & releasing two albums. During this time, Jimi’s growing reputation as a luthier & guitar tech was also keeping him busy, as the owner of Performance Guitar in Hollywood. With famous & respected clients like Johnny Graham (Earth wind & Fire), Gerry Beckley (America) & Jane Wiedlin (GoGos) he soon became a fixture on the secular music scene as well, providing personal service that brought him into the greenrooms & parties of the industry’s major power players. Seeing firsthand how difficult the industry could be for those just starting out, he began researching the entire process, helping to produce, engineer & record Everlasting’s second project, & seeking new marketing avenues as well.

In 1985 Jimi bowed out of his guitar business & joined TASCAM as a product specialist, assisting end users with applications of professional recording gear, & to provide more security for his family, while working as an engineer, tech & producer for smaller labels on the side, and partnering in a DJ company as well, becoming a respected turntablist and remixer in the process.

In April of 2000, Linda Geleris, founder of the Songwriters Network, passed the reins of the organization to Jimi, who immediately created a board of directors, which included Linda & added Thomas “Tommy” Honles as webmaster, with LaRombe, Vic Guiterrez & James Potkey as showcase directors.

SongNet has grown to a virtual roster of over 60,000 members, with an active local membership of over 400, currently having regular meetings & showcases @ The Coffee Gallery in Altadena.

Jimi is a songwriter advocate, journalist, motivational speaker & someone who knows the importance of knowing people for who they are, not for what they can do for you. In this day & age of virtual reality, The SongNet is a welcome respite from the world of WAV files & Mp3’s, where songwriters of all levels can find encouragement & a warm hug while improving their craft & meeting the people that can really make a difference in their careers.

With decades in music on both sides of the glass, he understands what it means to be a songwriter & artist, along with the realities of owning an independent record label as well. Jimi’s committed to bringing together industry & community, ‘cuz he knows every song has value & needs to be heard.