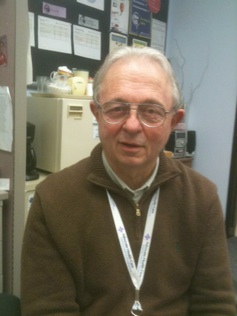 Bill Walley is a Minister in the United Church of Christ (UCC) serving Kenwood United Church of Christ (KUCC) on Chicago’s south side. He has served this mid- sized African-American congregation as an Associate Pastor for the past 12 years of his 14 years in ministry under Rev. Dr. Leroy Sanders, Senior Pastor. He has come to identify and claim the African-American church and its heritage as his spiritual ancestry. Prior to becoming a minister and during the past 12 years as well, Bill has been in a wide variety of life situations and business and career endeavors.

Upon finishing high school in a small Wisconsin town he moved to Chicago in the 1960’s and became involved in the peace protests and civil rights issues of the time. This led to training alcoholism and drug abuse counselors using methods often inspired by the revolution in cultural and psychological insights that were associated with the Woodstock generation. He became interested in the struggles of the Black community at this time as well and has lived in two interracial marriages over the years. As a history and public health graduate student in two Ph.D. programs he became interested in the archeological findings in East Africa that have revealed so much of the pre historical past of humans and eventually chose an evolutionary psychology focus for the connection between Religion and Science from a Christian perspective.

This has led to a spiritual and intellectual resolution of the questions that seem to divide Christianity and Science perspectives. He plans to write on these issues from a Christian and practical life oriented perspective as he ministers at KUCC and trains to be a hospital chaplain in Chicago. He has been involved in raising special needs children and in politics and community action issues; as well as having a variety of business and professional positions in the social service area, commercial real estate, automotive industry, arts, media, and finance industries.