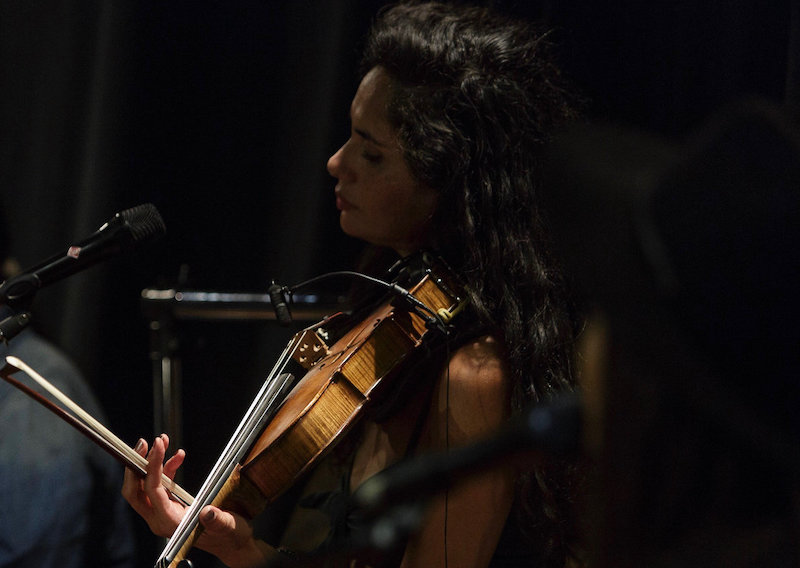 Nadene is an indigenous Ngātiwai musician and actor. She has developed a an exploratory sound with themes of duality, transformation and transcendence.

​Nadene’s training as a vocalist and viola player in jazz and classical music is evident in her compositions. Via South Pacific harmonies, a Maori chant, and a duet with her young daughter, her voice carries us through chamber pieces, a tango, mutated funk and free electro-acoustic improvisations. Reflective of her mixed heritage as a New Zealander growing up in Queensland, Australia; of her Maori and Irish descent, a splash of Portuguese on her father’s side.

An avid music educator, Nadene teaches string orchestras in under-served communities for the non-profit organization Education Through Music – Los Angeles. She was a teaching artist at the Los Angeles Philharmonic’s signature ‘El Sistema’ program – YOLA (Youth Orchestra Los Angeles) at HOLA (Heart of Los Angeles) in the Rampart District of Los Angeles, where she was the teacher of Anthony Gonzales who stars as Miguel in the 2017 Disney/Pixar movie, Coco. She incorporates mindfulness and her experience as a meditation teacher into her sound healing community work and classes.

“Rarely does a new voice of such originality and unusual approach appear.”

More About Nadene at: www.nadenepita.com