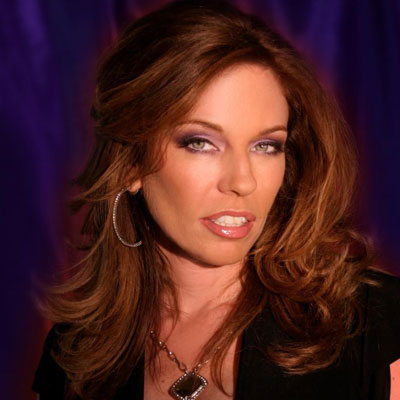 April Diamond is a Pop EDM recording artist from Los Angeles. California. Her current single “Lose Control” is heating up dance clubs and rhythmic radio stations across the US.

April grew up singing in church. She learned to combine passionate gospel styles with the disciplines of classical music. It is this powerful blend that made her an in-demand recording singer as she sang on myriads of pop and dance records. She was influenced early on by the likes of Gospel greats such as Andrae Crouch, R&B singers like Aretha Franklin, and pop singers like Celine Dion. The rhythmic strength of the soulful songs gave April the hunger for heartfelt music of all styles.

The release of her current dance pop hit LOSE CONTROL has been blowing up in dance clubs and on dance radio everywhere. Several remixes are now playing in hundreds of clubs and young America is celebrating her “let loose” Lose Control anthem.

April is featured in the TV Special “Baila!” starring David Longoria on PBS/Public TV Stations across America. She performs several songs with David and also takes the stage as the star for her own single releases. (watch online at http://pbsspecials.org)

April studied vocal Performance at Azusa Pacific University. She has performed and directed musicals, recitals, professional concerts and television shows. She has become well known in show choir circles for her development of “Glee-ified”, a critically acclaimed live version of the concept made famous by the hit TV show Glee. She devotes a large portion of her schedule to training and directing new musical artists as a vocal coach. This success led to her creation of the new website for singers letthevoiceout.com.

This year April will be performing many more shows in Clubs across America as well as in concerts as well as a featured guest artist in the concert series “The Journey- David Longoria featuring We Are One”. In the arena concerts and TV appearances, she is directing choirs across America in addition to performing herself. For more information visit her official website at aprildiamond.com and the concert series website at http://weareoneonconcerts.org.