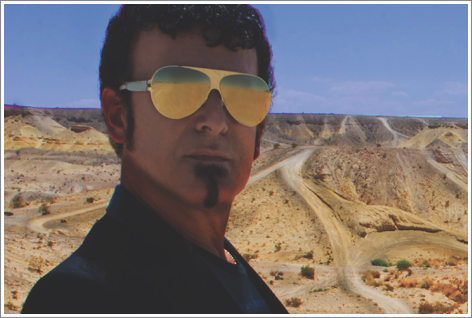 The Artist
2016 has seen the launch of David Longoria’s newest Dance (EDM) Instrumental single “ANGELS”. This record features David’s trumpet mastery using stylistic ideas from classical music, combined with the current dance sounds. The song started out with an improvised trumpet performance, after which an EDM track and production were added. The result is the unique, catchy and quite advanced dance production. The uplifting song is gathering momentum worldwide as it heats up dance floors and climbs the Billboard charts.

David just released his much anticipated GROUNDBREAKING Instrumental album “The Journey” with some of the very freshest new music ever created. The follow up single release is David’s tribute to the 30th Anniversary of Michael Jackson and Lionel Ritchie’s “We Are The World”. It’s a historic song called “WE ARE ONE” and features the combined performances of more than 600 recording artists from many genres of music as well as many races and cultures, all singing together in and about unity.

The new album is set in an EDM soundscape, where 12 songs written by David and in collaboration with with Remixer/Producer Robert Eibach feature the unique and groundbreaking contemporary Instrumental work of David’s trumpet and other great world class musicians.

The Backstory
DAVID LONGORIA was born at a very early age. 🙂 He began singing along with his aunt Betty as she practiced her opera. It raised a few eyebrows as he was only 6 months old. He developed a love for music right away. He started playing the drums and moved to the clarinet. As a 9 year old, his fingers were not big enough to cover the keys. It was at the tender age of 10 he watched trumpet great AL HIRT perform on tv. “That moment I knew I wanted to play the trumpet”, says Longoria. “I immediately threw my clarinet down on the couch and said I HAVE to do that!” Growing up poor was a challenge when David decided to learn to play the trumpet. “I asked my parents how I could get a trumpet and they suggested I earn a little money and buy a used one. I found an old golden trumpet hanging in the window of Ben’s Loan in my little town. Dino, the owner was amused that I wanted to buy it with my $5 as a down payment, but he started a layaway for me and about a year and a half later that little beauty was mine, all mine. Sixty Five Dollars is hard to raise in a hurry when you’re ten and poor”, he remembers. “I loved and appreciated that trumpet so much for all the hard work it was to get.” David had the same trumpet gold plated and still plays it to this day.

The Salvation Army offered music lessons to build their local brass band so David joined the band and learned to play there. They loaned him a horn to play as he proved he was a wiling and able student. “I played every Sunday at the church and it really taught me how to play and to be dedicated. I practiced every day of my childhood in my front yard. There are still a few neighbors I want to apologize to”, he says. He discovered such great players as Dizzy Gillespie, Herb Alpert, Miles Davis, Arturo Sandoval Maurice Andre and Maynard Ferguson. “Each of these players brought something different to the table. I was inspired to learn from all of them”, he recounts. “Playing for Dizzy Gillespie was an eye-opener for me, David says. “One time I played a jazz solo and Dizzy said to me ‘I really dug your solo’ to which I said ‘nah… I can play better than that’. Dizzy was offended and said ‘Don’t EVER insult me like that! When someone says they dug your solo just shut up and say thank you. Otherwise you are telling them they have bad taste’. I never made that mistake again!” He went on to play the trumpet for many other artists including Foreigner, Buddy Rich, James Brown, and Marvin Gaye.

When he was 17 he put together his first original music which was released as a contemporary jazz album titled MONTAGE. He featured amazing talents WALT WAGNER on piano, GRANT REEVES, sax and more musicians that he convinced to join his debut project. Releasing it on his own, he learned to distribute and promote the record even without the backing of established labels. He sold several thousand copies across the US and Canada before moving to Los Angeles to continue his career. It was there that he performed at Six Flags Magic Mountain, Disneyland and many other places. He played his trumpet on hundreds of commercials, TV shows and movie soundtracks as a studio musician. In the evenings David donned a tuxedo and played “casuals”, the term musicians call gigs at weddings, birthday parties, Bar/Bat Mitzvahs, Quinceaneras, and just about anywhere else you can imagine.

One thing led to another and eventually David found himself performing as a recording artist in Europe and the USA. Enjoying this even more than playing Bar Mitzvahs, David did his best to forget the melody to Hava Nagila and instead wrote many songs and performed them across Europe and more recently the USA. Combining Latin styles, dance styles and Jazz, David found he could create a unique blend that was understandable, memorable and still had a beat you could dance to.

In 2012 David released his instrumental dance pop single Zoon Baloomba which immediately climbed the US Billboard Charts to #21. It made history as the first Instrumental song to become a national hit on this chart since Herb Alpert did it with his hit “RISE” in 1979.

In 2014 David Longoria released his TV Special Baila! to PBS & Public TV Stations across America. The 60 minute HD Special was taped in front of a live audience in Southern California with a complete band, singers, many dancers and guest stars. The show can also be viewed online in it’s entirety at pbsspecials.org .