Popular Shows
Home Archived Being a Champion in Life, with Guest Tra Telligman on Life Changes With Filippo – Radio Show #162

Being a Champion in Life, with Guest Tra Telligman on Life Changes With Filippo – Radio Show #162 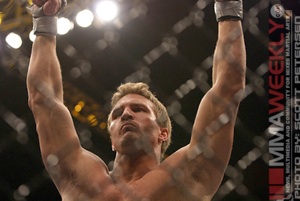 Tra Telligman is an American mixed martial arts (MMA) champion, as well as, a champion in life.

Telligman has captured the attention of fighters and fans worldwide ever since his 1995 professional fighting debut in the Russia Absolute Fighting Championship. Telligman not only earned respect in the ring that night with an impressive win over the highly-favored Russian fighter but also the title of the first American to ever fight in Russia.

Sports have always been a passion for Telligman. While in school, he excelled in baseball and, his first love, basketball. An athlete of resilience, he started taking karate lessons at 9, weight training at age 18, and was participating in karate and boxing tournaments, as well as other martial arts. His dream was to be a pro athlete like his father, who played for the St. Louis Hawks before moving into the corporate world of pharmaceuticals.

After earning a BBA from the University of North Texas, Telligman continued on his quest to be the heavyweight champion of the world. “I’ve always said in order to achieve high goals, one must set high goals. So many people set limitations on who and what they can become by the limits others set for them. Success lies within one’s self. Dream big – and live big dreams,” says Telligman.

Telligman knew he needed to continue to improve, so he sought out the best boxing, wrestling, and submission trainers. With his arsenal now complete, Telligman was ready to fight – “anyone, anywhere” – which is exactly what he did for the next 7 years.

Telligman’s most notable win was at Pride 13 in 2001 where he shocked the MMA world by defeating the then undefeated heavyweight champion, Igor Vovchancyn, in a unanimous decision.

After retiring from the fight game, Telligman had to find a new passion – this was a time of soul searching and life changes. For the most part, Telligman’s early years were focused on bettering himself; whereas, these days, everything that Telligman chooses to do and get involved in have one objective — to help people’s lives and situations and to resolve and make things better across the board.

With all his success, Telligman remains humble and down to earth. He currently lives in Dallas/ Ft.Worth, Texas with his beautiful wife, Tanna, who he refers to as “The Love of His Life.” Undeniably, he lives life to its fullest with purpose and without limits both in and out of the ring.

“The credit belongs to the man who is actually in the arena; whose face is marred by the dust and sweat and blood; who strives valiantly; who errs and comes short again and again; who knows the great enthusiasms, the great devotions and spends himself in a worthy cause;…so that his place shall never be with those cold and timid souls who know neither victory or defeat.” Theodore Roosevelt