Popular Shows
Home Archived The Case of People vs. The State of Illusion, with Guest Austin Vickers on Life Changes With Filippo – Radio Show #161

The Case of People vs. The State of Illusion, with Guest Austin Vickers on Life Changes With Filippo – Radio Show #161 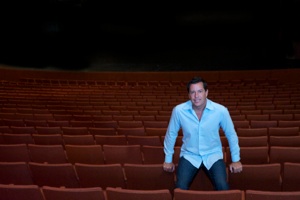 “People vs. The State of Illusion” A Case You’ll Want to Settle Soon! Austin began his career as a trial lawyer for one of the largest law firms in the world. He later went in-house with a Fortune 100 company where he served as General Counsel for one of their European divisions. In 2000, he resigned from his position to pursue his passion for changing lives. For the last decade, Austin (www.austinvickers.com) has been teaching personal leadership and the science and power of imagination to top organizations and individuals across the country. Austin conceived the idea for People v. The State of Illusion as a way of illustrating the trial of life that each of us must go through. Based on his passion for “movies that matter,” Austin launched Exalt Films, a company committed to writing and producing films like his first, People v. The State of Illusion, designed to elevate and inspire the human spirit. Good movies are based on the successful attempt to tell a story.

PEOPLE v. THE STATE OF ILLUSION takes you further, by making you a part of the story being told. This film, by Austin Vickers (www.austinvickers.com), questions the very nature of reality, and through an examination of our perceptions, beliefs and illusions, makes you both judge and jury in what will be the most important trial you will ever witness. This must-see psychological movie includes, as expert witnesses, some of the nation’s leading thinkers in the fields of neuroscience, biochemistry, psychology, quantum physics, and consciousness theory, including: Dr. Thomas Moore, Dr. Candace Pert, Debbie Ford, Dr. Joe Dispenza, Dr. Robert Jahn, Dr. Peter Senge, Brenda Dunne, and Dr. Michael Vandermark. On September 9, 2011, People v. The State of Illusion premiered at Harkins Camelview in Scottsdale, Arizona to a sold-out audience. In its first month, it was the highest grossing independent film in Arizona, and its revenues per theater average put it in the top 5 films overall in the entire country.

To Learn More About Austin or the Film, Visit www.TheStateofIllusion.com