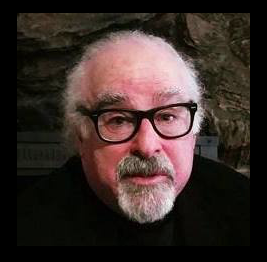 I’m a musician. I play harmonica, guitar, I sing, I write songs.

When I was a kid I played in the coffeehouses and nightclubs of Greenwich Village. I then moved to Nashville and played harmonica on recordings, worked for a time with Marty Robbins, and played in those middle-of-nowhere honky tonks where glass gets broken on purpose. I couldn’t have liked it more.

I moved back to New York in 1977. Leiber & Stoller hired me to work for them. The idea that it was Leiber & Stoller and that I was working in the Brill Building masked the fact that I was suddenly a Suit. It took about a year before that started giving me the heebie-jeebies. Leiber & Stoller are cooler than the other side of the pillow, and they could hardly be better guys to work for, but I was really glad that my gig phone was also ringing.

I played music in the downtown music scene, recorded with Laurie Anderson and worked in one of the earliest New Wave bands, the Love Of Life Orchestra. Phillip Glass wrote his only harmonica music for me. My background in honky tonks served me well.

I also played on the great guitarist Arlen Roth’s first record, and played with Andy Statman, whom I had played with when we were hotshot teenagers. Andy was just beginning to morph into the great Klezmer and Jazz musician that he has become. I also performed with the poet Kenward Elmslie at museums and art galleries up and down the east coast. The last day I lived in New York I performed with him at the Museum of Modern Art.

I moved to Los Angeles in 1981, played on soundtracks, jingles, radio ID’s and even the occasional surf punk record. I also wrote film scripts and created the cable show ‘Inside Out’ for Propaganda Films. In the ’90’s I also performed as half of the duo called the vonBrellas, with the great singer Christie Houser. When she sings, glasses that are about to break think twice.

I still live in LA, with my wife Rebecca Bonar. She’s an actor, producer, director, writer and a brilliant wit who has cracked me up several times a day for more than 25 years. You should be so lucky.

If you’ve been a musician most of your life, there comes a point when being a corporate technical writer is simply unacceptable, even though it’s good, clean work. I blew out of that scene and went back to what I’m really supposed to be doing, writing and playing music for you.

I’ve made a new CD called ‘Music For Small Audience.’ I named it that on account of I felt like naming it that.

Try doing that as a corporate technical writer.

Learn More About Ken Deifik and His Music at www.cdbaby.com/cd/kendeifik