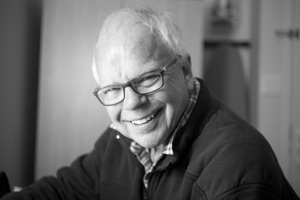 Thomas, Aesop, And You,… Anything Is Possible! THOMAS BÄHLER has enjoyed a long and distinguished career in the entertainment industry. He composed music for Quincy Jones, Michael Jackson, directors Steven Spielberg and Barry Levinson, magicians Siegfried and Roy, Superbowl Halftime Shows and a number of other high profile stage productions. As a songwriter he’s written many hits including “She’s Out of My Life” “Living In A House Divided” and “Julie Do You Love Me.”

Thomas created the vocal arrangements for the landmark charity event “We Are the World,” as well as for Barbra Streisand, Billy Joel, and the motion picture version of “The Wiz.” He served as Music Director for a number of events sponsored by the White House, including “America’s Millennium”, “Points of Light” and President Clinton’s Inaugural Concert.

Mr. Bähler has also served as Music Director and arranger for “The Kennedy Center Honors.” To Learn More About Thomas Bahler, visit www.AnythingAESOP.com