Stand Up For Something, with Guest Rick Overton and Musical Guests Cory Pesaturo and Matthias Matzke on LIFE CHANGES – Radio Show #335 – Pg 3 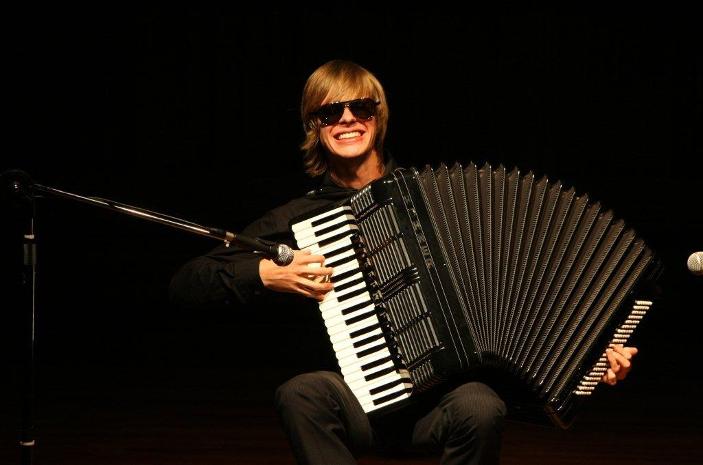 Matthias was born on January 28th, 1993 and lives in Gingen an der Fils, Germany.

After two years of basic musical education he began to play the accordion at the age of six and a half years at the municipal music school of Süßen and his teacher was Mr. Anatoli Lick who taught him until September 2009. Since 2006 he is a student of Hans-Günther Kölz at the Hohner Conservatory Trossingen.

Since he was nine, Matthias has also taken piano lessons. His recent piano and jazz piano teacher is Martin Rosengarten.

2007 and 2010 Matthias received the first prize in the national competition for classical music “Jugend musiziert” (Youths play music).
A great experience was an invitation of the German Music Council and the Goethe-Institute to play four concerts in Ankara in 2008.

Electronic music also fascinates Matthias. 2009 he received the first prize of the ROLAND V-Accordion Festival in the junior category and 2011 he won the national final of this competition in the adult category and received the second prize of the international competition in Rome. Matthias was awarded with the title “Kid of the Year 2009” as overall winner of the “Kids2Keys” contest which is a competition for creativity and electronic instruments organized by the IFET association.
Since then he has played concerts for ROLAND, for example during the “Night of Keys” on the Musikmesse Frankfurt.

What Matthias likes about the accordion is the sometimes underestimated variety of this instrument and the possibility to use it for every possible style of music which often results in surprises.

Learn More About Our Musical Guest Matthias Matzke at www.matthias-matzcke.com