Popular Shows
Home Archived Stand Up for Something, with Guest Eugenia Kuzmina, and Musical Guest MYOA on Show #596

Stand Up for Something, with Guest Eugenia Kuzmina, and Musical Guest MYOA on Show #596 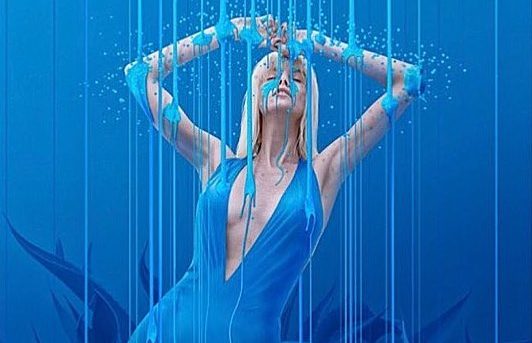 “Stand Up for Something,” with Guest, Actress, Comedian, and Model, Eugenia Kuzmina, and Musical Guest, Soul Pop Singer, MYOA on The LIFE CHANGES Show #596

Eugenia Kuzmina is a Russian-American actress, comedian, and model. Her father was a renowned nuclear physicist, who was one of the first responders to the Chernobyl disaster. Her mother is a former scientist and a housewife. Eugenia grew up on food lines in Post Soviet time. She was training to be a professional ice skater when at 13 years old she was pulled out from a group of kids in her school to appear in a Russian version of SNL “Eralash.” She was then cast to appear in Chuck Norris film, but couldn’t leave the country due to visa issues. After appearing in commercials for Coca Cola, L’Oréal and Wrigleys in Moscow, for which she was paid more than her scientist’s dad, she was noticed by a scout at Nathalie Models Europe. She signed a contract and moved to Paris at 15 to work with such brands as Cartier, Dior, Armani, Hermes, Loreal, Vogue among many others…

After Ford Models, then IMG resigned her contract and moved her to the US, she was noticed by Rodrigo Prieto (cinematographer “Wolf Of Wall Street,” “Babel”) to appear in his directorial debut opposite Elle Fanning “Likeness.” The movie was screened at Tribeca Film Festival and received excellent reviews. John Turturro cast Eugenia to play opposite him in a film with Woody Allen “Fading Gigolo.” Recently Eugenia worked opposite Bill Murray in “Rock The Kasbah”, Milla Kunis and Christina Applegate in “Bad Moms “, Guy Ritchie’s ” The Gentlemen “. Eugenia’s Tv credits include ” Spy City “, “True Blood,” “New Girl,” “Castle,” “The Comeback,” “Lady Dynamite”,” Tour De Pharmacy “, etc

Eugenia is very passionate about comedy and writes and performs Stand Up regularly at The Comedy Store and The Laugh Factory. Her other hobbies include motorcycles, doing her own stunts, languages (French, Portuguese) , and supporting environmental causes around the world.

– IMDb Mini Biography By: A. Nonimous