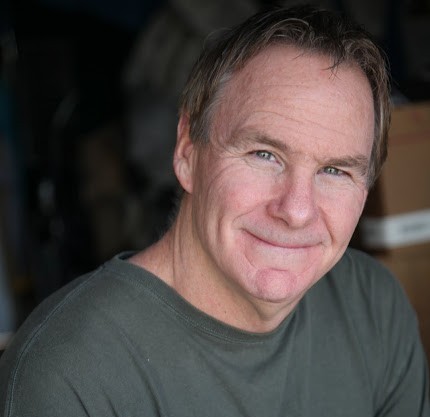 The writer/director/editor of over ten short films is a native of Merrillville, Indiana. Pat began his career as an actor at the Player’s Workshop of the Second City in Chicago. He continued working in improvisation and eventually performed in over 500 improv shows. Pat suffered having to work for Club Med in their Entertainment Department in places such as St. Lucia, Thailand and Tahiti. Continuing to have fun in Asia, Pat moved to Tokyo where he collaborated with an all Japanese comedy group for two years performing in the Japanese language.

Only making sense, he moved to Miami after his Tokyo gig, where he started his filmmaking career. Pat finally made his way to Los Angeles in the fall of ’98.

In LA, he has written and produced several short films. His shorts “Sexy Seniors”, “Braggin’ Rights”, and “Three Specials” have all been nominated to at least one film festival as a finalist to their Grand Jury Award. “Lincoln Vs. Bush has been viewed over 81,000 times and has been shown, in controversy, in several
other festivals. His short, “Legs To Stand On”, dealing with the disabled, received a Special Recognition Award at the Los Angeles Italian American Film Awards.

Pat’s current project is his most challenging. He shot a period piece short
film in the northern mountains of Italy. Not fluent in Italian, Pat decided to shoot the film in the Italian language because he felt his story could only be told using the language of the time.

Pat resides in Santa Clarita with his wife Marnie and his two children, Maggie (10) and Burke (5).

Learn More About Pat Battistini and the “All Sports LA Film Fest” at www.allsportslafilmfest.com