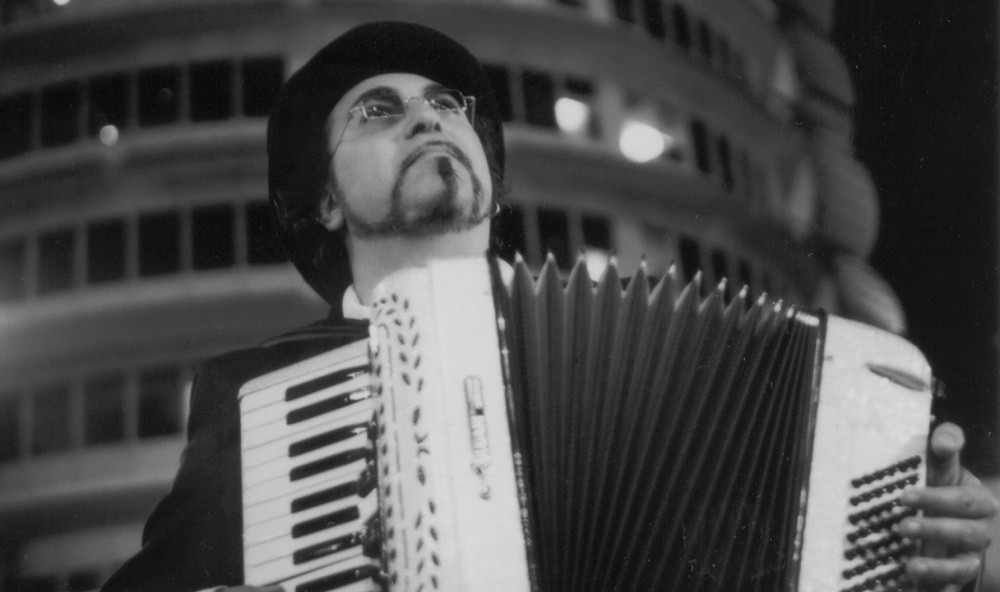 Phil Parlapiano is a versatile musician whose musical journey has followed several unique directions.  Born in New York City and raised by his musical parents, Phil learned to play the piano at the age of 4 from his talented grandmother, who also played mandolin and guitar.  Eventually, the road called to him, leaving to tour with folk singer Joan Baez, becoming her musical director.

Parlapiano followed his musical path as a founding member of The Brothers Figaro.  Signed to Geffen Records after a bidding war, the seminal folk rock duo recorded their critically acclaimed album, “Gypsy Beat.”  This led Phil to a nine year musical directorship with John Prine, who have him the moniker, “Mr. Squeeze,” touring and recording CD’s including the Grammy award winning releases “The Missing Years,” and “Fair and Square,” as well as co-writing “Leave the Lights On” for the CD “Lost Dogs and Mixed Blessings.”  Soon after, Phil was asked to play mandolin and accordion on Rod Stewart’s pivotal “Unplugged and Seated” album, which was followed by a one and a half year touring stint with the rock icon.

Phil has continued to write and play with music luminaries as diverse as Liza Minelli and Social Distortion with a little bot of Miley Cyrus and Dave Koz mixed in.  His compositions are featured in dozens of TV shows, including “Heroes,” “Law and Order,” and “Once Upon a Time.”  He has been seen in the blockbuster film, “The Titanic,” and the TV shows, “Happily Divorced,” and “The New Girl.”

The new CD, “The Mordacious Mr Squeeze,” is a new twist on Americana.  Featuring the talents of drummers Lynn Coulter, Herman Mathews and Butch Norton (Lucinda Williams), and bassists Tad Wadhams (Sheryl Crow) and David Sutton (Lucinda Williams), the album also features guitarists Donny Kilpatrick (Rod Stewart), Bruce Watson (Foreigner), Doug Pettibone (John Mayer), Doug Hamblin (Steve Stills) and Chuck Kavooras, who also helped produced the project.  This record was done strictly on tape with no computer, no synthesizers and no drum loops.  Just the sound of two drummers, bass and a few guitars playing, picked up expertly by a ribbon mike. Armed with an UREI 1176, Mr. Squeeze and the Medicine Men planned to re-inject, though not necessarily recreate some of the best neo-afro-redneck blues that one could, in the new millennium.

Phil has dedicated the CD to musical artist, Eric Lowen, who recently lost his battle with ALS and contributes a portion of the proceeds to the foundation.