Rockin’ with the Ages, with Guest Jackie Goldberg, aka Pink Lady, and Musical Guest Auntie Kayte Deioma on The LIFE CHANGES Show – 406 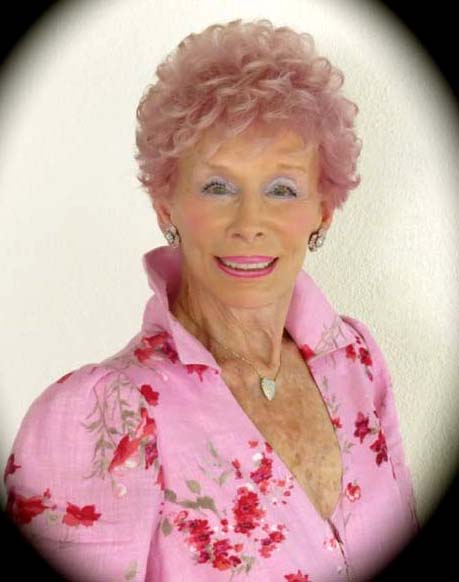 At 84 “years young,” Pink Lady Jackie Goldberg of Hollywood is a force of nature. She’s a producer, an actress, member of Actor’s Equity and SAG-AFTRA, community builder, trailblazer, founder, and motivational speaker through her company, “Get Up, Get Out, & Get a Life!” And it’s true what people say- being around her is like getting a shot of vitamin C! She has an amazing ability to lift and energize all those around her.

Jackie, who prefers to be called PinkLady, is deeply motivated by her belief that, “Theatre is central to what many older adults need in terms of connection, motivation, and enthusiastic participation.” With this conviction, she founded, Senior Star Power Productions, Inc., whose mission is to engage, inspire and enrich the lives of seniors and veterans through the performing arts. They offer workshops, mentoring programs, performance opportunities and master classes, to inspire, educate, and embrace all seniors and veterans so they can further develop as vital, productive, and creative people.

Despite the reality that everyone ages, society and the media influence and reinforce negative attitudes toward unfair prejudices against aging and older adults. Within the entertainment industry, the roles for older actors get diminished, smaller and typecast. They are portrayed as fragile, dependent, helpless, unproductive and demanding rather then deserving. Jokes poke fun at aging and memory loss and physical impairments.

One of the greatest gifts Pink Lady is giving to the world is how she challenges stigmas around aging that seniors face on a regular basis. She has become a powerful voice of today’s 60+ community, that challenges skeptics and proves that it’s “absolutely possible to be vital, creative, enthusiastic, energetic, sexy, and “shout-out” fantastic.” Senior Star Power Productions, Inc. produced fifteen musical reviews, which include, Rockin’ With The Ages, The Beat Goes On, and We Have a Dream. The musical reviews include onlyactors that are 60+; some have extensive experience in the stage, film and TV industry; some are newcomers. Her shows are nothing short of bursting with talent!

In her latest book, “Get Up, Get Out, & Get A Life!: It Ain’t over ‘Til I Say It’s Over” you’ll read, “I believe I’m a perfect example of what the right attitude and gratitude can do for you. You need to know who you are and realize there is still a lot of livin’ to do. The purpose of life, after all, is to live it. This is truly our time to live life to the max-to taste each experience and to live in the present moment-wisely, lovingly and with enthusiasm. In today’s world, it takes guts to get older, without being old. Aging happens to everyone. It’s inevitable. However there’s no need to become a victim of age.” I would agree that she is a perfect example- and one that I hope many will follow.

Pink Lady is also one of several voices and faces for the campaign of the National Veterans Foundation, a leader in suicide prevention for veterans by veterans. Over Veterans’ Day Week, she produced the Senior Star Power 2016 Talent Competition “America Salutes Our Veterans,” held in the 1300 seat Historic Wadsworth Theatre located on the VA Grounds in West Los Angeles. At the event was an impressive list of Honorary Co-Chairs, Host Committee and award recipients, including Mayor Eric Garcetti, Congressman Ted Lieu,Shad Meshad, Founder and President, National Veterans Foundation, Tommy Lasorda, Tony Orlando, Ann-Margret and many more. As a member of the audience, I was incredibly impressed by the sheer talent I witnessed, and enjoyed every minute of the production. It was nothing short of sensational!

Pink Lady’s next goal is to open in 2017 a year-round Senior Theatrical Arts Complex in the LA/Hollywood area.

I wish the Pink Lady a Yasher Koach for her incredibly important life work, and feel sincere gratitude for her paving a more kind and bright societal attitude for current seniors, and for the younger generations who will eventually get there (God willing).

Get More information on Jackie Goldberg aka Pink Lady at www.seniorstarpower.org