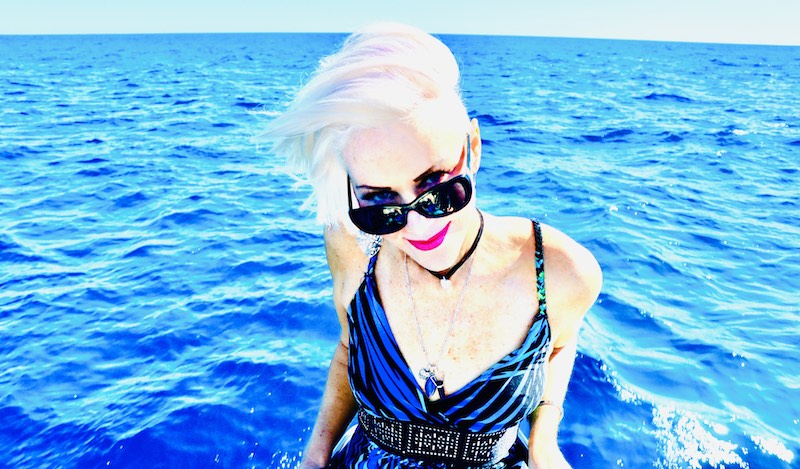 My name is Jaye and I’ve thanked The Heavenly Father above for the gifts I have received in music, art and the 6th sense but most of all the spiritual awareness of love and vibrations. I started taking my music more seriously after a car accident at 29 years of age that changed my thoughts about life.

Left my full time job and I bought two old speakers and a second hand desk and started singing around cafes and sporting clubs as background music till I was approached by an agent to do Tribute Shows.
The agent VIP Entertainment Steve and Jennifer thought I had a tone of Cher in my voice so from there I had costumes made, wigs and backing music at Alfredos Studio and off across all sorts of places, entertaining I ventured.

I also then did tributes of Eurythmics, Dusty Springfield, Stevie Nicks and Marilyn.
I was blessed to be able to travel to many places with the tributes, Sydney, Brisbane, Northern Territory, Singapore, Hong Kong, Bali and UK.

I always had original songs floating round in my head and eventually recorded quite a few whilst performing and holding down a part time job in the funeral industry with which I also had the privilege of singing on Funeral Services.

I wrote a song for Suicide prevention with which I help as one of a few charities along with Animals Australia and Romeo Rabbit and guinea Pig rescue.

I love music of all sorts as it has been my love, therapy and balance.
The latest song co-written with Tim Sacke Love Is Like The Ocean…..is just that! Ups and downs on waves!
A great Italian producer Papik produced the song beautifully and the video was produced by a great talented friend Vaughan Adam’s that took me out on his yacht along with our mate Andy to record on nothing better but the Indian Ocean off Perth Western Australia. The song has a Sade kind of feel as I’ve always loved Sade from the 80s.

I create music for the love and will continue to create with anything that inspires me.

As knowing the funeral industry so well now I also know how short life can be and every day is a precious experience.