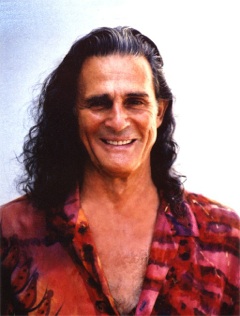 The Robert Heiman Story In his early teens and late twenties, Robert Heiman was diagnosed with Vitiligo, a skin pigmentation disorder made famous by Michael Jackson. During that period Robert consulted with Dermatologists in pursuit of a way to slow his loss of pigmentation but was advised there was little to be done and he would likely become albino within a decade. This was the start of Robert’s intense interest in the skin. Robert studied and earned a degree in Agricultural Engineering at Cornell’s Agricultural Extension at Farmington, New York.

The study included engineering, organic farming, physics and, provided his earliest schooling in the field of bio-chemistry. Upon graduation, Robert entered the construction field and ultimately opened his own company that supported his early and later ventures into the skin care industry. In 1975, Robert was introduced to two important mentors in the World Cosmetic Associate that would fuel his fascination with changing skin at the molecular level. Within a few year, Robert developed an approach called “Aerobics of Skin” which inspired the creation of his own skin care company in 1982, Epicuren .

During the next twenty years, Robert expanded upon successes, studied traumatized and scarred skin and built upon core enzyme theory. His breakthrough formulations in Enzyme Vitamin Protein Complexes made Epicuren a worldwide player in today’s Multi-billion dollar spa industry. Quote from Robert Heiman: “I founded Epicuren because of a lifelong personal experience. When I was 21, I discovered that I had Vitiligo, an incurable skin disease. Vitiligo causes unsightly blotchiness in the skin and hypersensitivity to light. This led me to research and test organ-specific enzymes, now called Metadermabolic Enzymes, and a variety of other dermal treatments. After 35 years of developmental research , and extensive investigation with numerous world-renowned cosmetic chemists and scientists, I have successfully controlled the symptoms of my Vitiligo and advanced the use of bio-lipid compounds for dermal health.

I was very fortunate to have worked with Dr. Abrahmam Minton, PHD and Dr. James Baker, PHD, each of whom served as head of the World Cosmetic Association. My biochemical background, combined with research from the most advanced universities, clinical institutions, and corporate labs worldwide is incorporated into each new and existing Epicuren and Holocuren product. Our reputation has continued to soar as a result of our leadership in creating breakthrough skincare products.” In 1987, while running a construction company and Epicuren, Robert was diagnosed with Stomach cancer, commonly called, “the kiss of death”. Upon concluding there was no hope of survival, Robert surrendered and committed to enjoying what remained of his life.

In this state of open contentment, things began to mysteriously change for the better. Robert was given a clear message that would save his life, spark his personal philosophy and inspire a book; “SAIOE, The Ultimate State of Being.” SAIOE is a simple energetic practice and system of thought that connects one to their inner knowing and aliveness. The practice focuses on Sensitivity, Appreciation, Inspiration, Openness and our Eternal Essence. For the past 20 years, Robert has been leading annual SAIOE seminars with such notable speakers, authors and physicians as Depak Chopra (Ageless Body Timeless Mind), Gary Schwartz (The Living Energy Universe), Dr. Mimi Guinari (Center for Integrative Medicine, Scripps Institute).

To Learn more about Robert Heiman and SAIOE, Visit www.SAIOE.com