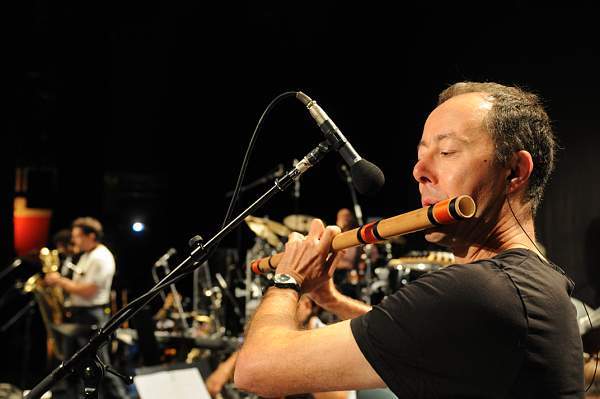 As musician and composer, Sandro’s strength lies in the originality and passion of his melodic lines, the power of his rhythmic grooves and his ability to competently and flexibly support diverse musical atmospheres. His technical knowledge enables recording jobs via internet in addition to traditional studio work and live performances.

As a studio musician Sandro has recorded for numerous international films, video games and CDs with composers such as Howard Shore, Mychael and Jeff Danna, Atli Oervarsson, Shigeru Umebayashi, Andreas Vollenweider, Tina Turner and many others.

Sandro began his musical education with Baroque music. For over 40 years he has been working with instruments and music of many cultures. His skills have grown to include an astonishing spectrum of over 300 different wind instruments.

More about Sandro Friedrich at: www.powerflute.ch