Popular Shows
Home Topics Alternativity Life Changes for All and for Everything, with Guests, Mark Laisure and Filippo Voltaggio on Life Changes With Filippo – Radio Show #126 S3:E35 (2011)

Life Changes for All and for Everything, with Guests, Mark Laisure and Filippo Voltaggio on Life Changes With Filippo – Radio Show #126 S3:E35 (2011) 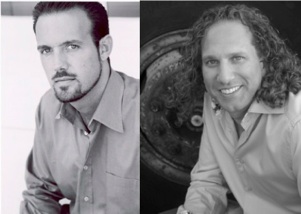 The “Producer’s Wrap” Segment – Retrospecting As life changes, it changes for all, and for everything, and so it does for our show. As LIFEChanges With Filippo has progressed the show, us, and our audiences have grown and changed, just like the title professes. One of the changes that has become a runaway pleasant surprise is the “Producer’s Wrap” Segment of the show. It comes at the end of the one hour show and after the interview with each week’s special guest.

The premise of the segment is that at the end of each interview, Producer, Mark M. Laisure and the Host, Filippo Voltaggio, would “wrap” up the show with a synopsis of what the guests said and drive any points home that they really liked, or clarified in their words anything that needed to be clarified. But most importantly, they would color the interview and the show with their unique take on the subject matter, coming from their individual perspectives, and life’s learnings, perspectives, and changes.

It originally made it’s debut on the show about a year into the weekly broadcast and started as a five minute segment. Comments quickly started to come in as to how that was such a great segment and how it needed to be longer. It grew to a ten minute segment, and now, the producer’s are considering adding another half hour to the show, just to accommodate a longer “Producer’s Wrap,” due to it’s success. On our way to a longer “Producer’s Wrap,” this show episode was born as a way to not just test out the idea, but to also stop and look at the past 125 previous shows and do a retrospective and a summary of what we have collectively learned together as Life Changes With Filippo.

To learn more about Mark and Filippo, visit www.LifeChangesWithFilippo.com/