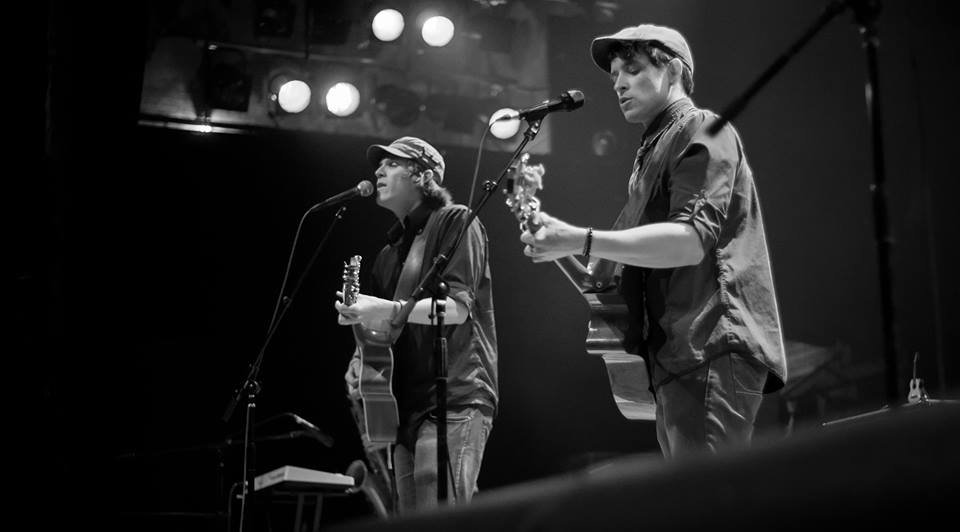 Raised in the small town of Springville, CA, located near the Giant Sequoias in the Southern Sierra Nevada, Misko (vocals, guitars, ukulele) credits his mother for his love of music. At the age of 14, he asked his parents for an acoustic guitar. His mother told him she would only buy him a guitar if he wrote his own music. “I absolutely give my mom 100% credit for why I write the way I do today. She forced me to think outside of the box musically right from the start.” After graduating high school, Misko attended California State University Channel Islands but quickly realized that traditional college wasn’t for him. He packed up and moved to Los Angeles to attend Musician’s Institute in the fall of 2010.

A 4-year-old Byrne (vocals, piano, guitar, bass, drums, production & engineering) always knew that music was the life for him. His parents, however, needed some convincing. “My parents were reluctant to get me started on the piano at such a young age, but even as a 4-year-old, I wouldn’t take no for an answer. I’d jump on the piano bench beside my big sister during her piano practice and turn every note, scale or song into an unwelcome duet. Finally, my parents got me lessons of my own.” In high school, the classically trained pianist from Sacramento picked up the guitar and in college began singing and writing songs. After graduating from California State University, Sacramento with a B.A. in Economics and a minor in Organizational Communications, Byrne decided to move to Los Angeles in the fall of 2009 and follow his true passion for music.

Everett Coast writes and produces all their own original material as well as co-writes across a wide variety of music genres from pop and hip-hop to folk and country. Influenced by such artists as John Mayer, Jason Mraz, The Avett Brothers and Mumford and Sons, Everett Coast creates with the intention to not only stay current in today’s music industry, but to also keep the influence of the greats, such as America, Crosby, Stills, Nash and Young, The Everly Brothers, and of course, Simon and Garfunkel.