Popular Shows
Home Archived Beauty From the Outside Looking In, with Guest Louise Ashby on Life Changes With Filippo S1:E18 (2009)

Beauty From the Outside Looking In, with Guest Louise Ashby on Life Changes With Filippo S1:E18 (2009) 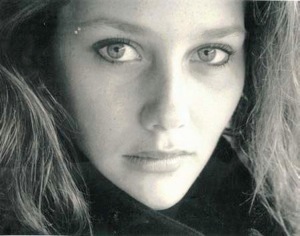 Model and Actress turned Inspirational Speaker, and author of “The Magic of the Mask,” Louise Ashby’s life took a turn when at the beginning of her promising career she was in an auto “accident” that changed the course of her life and those of everyone she now touches.   Among many things, she will change the way we look at beauty.

“I believe that Louise’s work, shining through her extraordinary abilities as a motivational speaker, is of paramount Importance to anyone going through adversity or needing direction.” Minnie Driver, Actress

“I have firsthand witnessed Louise’s ability as a motivational speaker and can attest to the powerful and inspirational effect she has on her audience” Montel Williams, Montel

“I am very grateful for the profound impact she has made on the lives of our children” Neil Willenson, Founder & CEO Camp Heartland.

With an amazing life story of twists of fate, actress Louise Ashby is a remarkable young woman, while facing monumental obstacles, beat the odds. The radical changes that Louise was forced to endure have not only empowered her but she has steadfastly pursued her lifelong goals and found success in the face of tragedy.

At twenty-two, Louise was a gorgeous young woman working in London as an actress and model, one of a small group of thespians that were on the cusp of stardom. Louise was introduced to the industry at an early age, as her father

John Ashby, is a leading show business manager, representing such clients as Petula Clark, the late Matt Monroe and Cilla Black. Her mother, Lynda King, was a

sixties model and actress, who appeared in the television show “Space 1999” with Martin Landau. Lynda became terminally ill and Louise witnessed the strength and

courage of a woman who never gave up but eventually lost her long battle with leukemia in 1991.

In 1992, cut adrift by the loss and fortified by her mother’s example, Louise took the plunge and moved thousands of miles away from her home, to Los Angeles. Her dream

had always been to work in Hollywood and find success in film and there was nothing holding her to England any longer.

A month after arriving in Los Angeles, Louise was the victim of what city authorities attest was the worst auto accident in the area in thirty years. A retired physician, seventy-five years old, driving on the wrong side of the road, hit Louise’s car head on. The impact was so severe that Louise had to be extracted from the car by a device called “The Jaws of Life” which, effectively, cuts the car away from the body.

There were twelve fire engines on the scene. Louise, who was wearing her seat belt, hit the upper frame of the windshield with her face. The left side of her skull was crushed; her brain completely exposed. Ironically, the other passenger in Louise’s car walked away virtually unscathed, as did the driver of the other vehicle. It was later determined

that Louise’s car, unbeknownst to her, had been a “salvaged vehicle”, meaning that it had been pieced together using faulty parts.

Louise underwent eleven hours of emergency brain surgery upon being taken to Cedars Sinai Hospital. Her father, who lived in England, rushed over, having been warned that his daughter would probably not survive through the night. Louise was comatose for four days after surgery and when she awakened, the fight to survive had only just begun.

Louise has documented her journey in her incredible book “The Magic of the Mask.” This extraordinary story takes readers along the hard road that Louise traveled to regain her life. Taking eighteen reconstructive surgeries (to date) necessary to recreate her face, documented are the challenges, both internal and external, that she had to overcome to keep her dream alive. Personal relationships that died, and those that were born; the legal battles that pitted her against more powerful and unscrupulous opponents; the fear, the pain and the isolation; and ultimately, the discovery of her own strength and determination.

The narrative is supplemented by interviews with world renowned surgeons and specialists who worked on Louise’s case, many of whom now consider her a dear friend. Photos of her at every progressive stage of her recovery were provided along with medial diagrams particular to her case.

Louise now lives with many losses; smell, taste, sight, and inhibitions due to brain damage. She admits that there are psychological scars but her rebellious sense of humor has remained. And there have been many gains. Louise’s face is newly beautiful, her career is gaining momentum and her spirit is indomitable.

Louise In The Media

Louise has worked on many independent films including “I woke Up Early The Day I Died” opposite Billy Zane, as well as the hit series “Party of Five.” Louise has featured on TV programs such as 20 / 20, Extra, Channel Four News, Ripley’s Believe It Or Not, Larry King Live, The Amanda Lewis Show, Northwest Afternoon, Discovery Health, The Learning Channel, Access Hollywood, Fox 11 News, The Montel Williams Show, A Current Affair, Good Morning Australia, Live Talk, Good Morning Britain, Gloria Hunnerford Show and The Kelly Show (Ireland).

Louise is now working on another book which is a guide to show others in need of the tools and skills to get through trauma and many other of life obstacles. This is being turned into a series of interstitials for television.

She co-founded the organization Facing Forward and presently building “The Louise Ashby Children’s Fund” (LACF), which aids many children’s charities that are in dire need of support.  Louise has turned what has happened to her into a positive and shares her story with the World in order to show others that anything is possible if you put your mind to it. Along with public speaking engagements and being a member of the American National Speakers Bureau, Louise visits children’s hospitals to offer any

advice she can to those who need a guiding hand.

The Power Within and How To Find It.

This lecture will provide people with the hope they are searching for and the courage to overcome all odds. This lecture is about the triumph of the human spirit.  It is a powerful reminder that we must cherish all that we have and take nothing for granted. It will spark our heartfelt connections we have for each other and enlighten people everywhere. No matter what challenges we endure, we all need the encouragement from others to overcome the insurmountable obstacles we face in our lives. Most of all we need to believe in ourselves. This lecture shows how to get out of your own way, and instead follow your path to success. If you are seeking answers, wanting

reassurance, struggling with a challenge, this is the lecture for you.

During this program, you will learn tools to overcome obstacles.

What do you do with realization?

Accidents or are they?

Making the most of what you have today and living for the moment.

Learn tools on how to surrender through writing and forgiving yourself.

How to adjust to the situation and make yourself look and feel your best!

This lecture gives the audience the tools and guidance to see that it is up to them to make the change. It shows the audience that it CAN BE DONE. By Louise sharing her story and highlighting situations that when recognized were there for a purpose, to make a change. It is as easy as the glass being half full or half empty.

Every second in your life counts as it makes up the foundation of who you are.  Every moment of joy, pain, growth, lust, desire, love and betrayal, all of these and more make YOU who you are! Yet the search is one to discover why we are here, is there something else, what is our purpose? Do you want to live life to the full and make every day worthwhile? When you show up to each day with the willingness to be aware and open then you can’t help but be authentic to what transpires.

Life doesn’t have term. It is who makes the terms. Have you ever thought that you have the strength to make the change and when you really look through your history, can you see what patterns are holding you back and that the more you ignore this the more you will repeat the same thing over until you get the lesson. Did something or someone put

you down or make it difficult for you to move forward? If you have disability how do others react to you and how should you deal with it? Have you ever thought that maybe you were chosen to go through these things because God knew you were strong enough and that others could learn from you?

The Objective of this lecture is to give people tools and faith to get through life and understand that even though there are days that seem impossible to handle, you can do it. Through your pain you find your lesson and from this lecture you will be given direction and hope to find a “You” that you didnít know could exist.

The Magic Of The Mask

This lecture shares Louise’s story of how she came to Hollywood after loosing her mother to cancer. It will go through the periods and times of loneliness and how Louise thought that she had been through everything there was to go through. God had another plan. After Louise had the car accident she came to the realization that what is on the outside is not important, it is what is on the inside that counts.

Why was Louise so strong when others couldn’t look at her? The frustrations, finding out she had no sight, sense of smell or taste. Later finding out she had no inhibitions.  What kept Louise going and why she never took no for an answer. Little do we know what life has been planned for us and the experiences that others have been through

to get them where they are to day. This lecture will cover the ignorance of other people and how we can choose to not let that affect our lives. If we are confident in ourselves then others have no choice to be confident too. Confidence is contagious.  Sometimes we donít know why something has happened until further down the road.

We all have the strength to get through it but we have to be quiet and still enough to find that strength. It is important not to be around negativity or to take it into our own mind as that is someone else’s fear, not ours

The objective of this lecture is to show that even though Louise was told she wouldn’t live to get her face back and life back, she did. It shows that there are other gifts in store for us and through her life story, Louise will show what hers are and that will then help others see theirs.  This lecture shows how to turn a negative into a positive and why she would never let anyone call her a victim. Louise is a survivor and so are you.