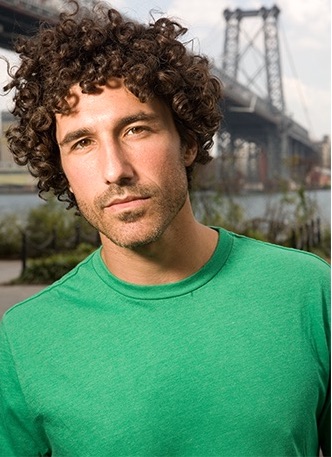 ETHAN ZOHN is a former professional soccer player, cancer survivor, winner of the hit reality television show Survivor Africa and co-founder of Grassroot Soccer. As demonstrated by his charitable work, volunteerism, and community involvement, Ethan believes that a better and healthier world can be achieved through education, advocacy and inspiration.

CO-FOUNDER, GRASSROOT SOCCER
With the $1 million prize money that he secured in winning the 2002 Survivor: Africa, Ethan co-founded Grassroot Soccer (GRS), a nonprofit organization that uses the power of soccer to strengthen communities and empower young people to stop the spread of HIV. Since 2002, GRS has graduated over 700,000 from its tailored, soccer-based HIV prevention-curriculum. GRS now directly implements programs throughout Southern Africa and partners with organizations to implement its curriculum in over 40 countries around the world. Ethan has contributed to GRS’ ability to develop a strong donor network, including Nike, the Gates Foundation, USAID, FIFA, Elton John AIDS Foundation, Barclays, Peace Corps and the MAC AIDS Fund. In the summer of 2010, Ethan and Grassroot Soccer teamed up with the (RED) Campaign to bring Soccer Skillz Camps to children in South Africa during the highly publicized and watched 2010 FIFA World Cup.

In August 2008, Ethan officially launched the Grassroot Soccer UNITED campaign, an international, youth-led movement to end HIV/AIDS in Africa, by embarking on a world-record-breaking 550-mile journey on foot, from Boston, MA, to Washington, D.C. – dribbling a soccer ball the entire route. Ethan also spearheaded the creation of the GRS Endurance Team which has enabled over 250 athletes to compete in the NY, Boston and LA Marathons and raising over $2,000,000. Ethan himself has competed in marathons on behalf of GRS, including running the 2010 and 2011 New York City Marathons, despite being diagnosed and undergoing treatment for Hodgkin’s Lymphoma. He later captained the GRS Team and ran 2012 Los Angeles and Boston Marathons.

GLOBAL SPOKESPERSON, STAND UP 2 CANCER
In April 2009, Ethan was diagnosed with CD 20+ Hodgkin’s Lymphoma. After multiple rounds of chemotherapy and an autologous stem cell transplant, Ethan learned that his cancer had returned. Thanks to the dedication of a team of doctors, Ethan underwent a course of experimental treatment and received a second stem cell transplant, this time from his brother. Throughout his battle with cancer, Ethan served as a National Ambassador for Stand Up To Cancer (SU2C), and has since harnessed his industry connections in television to create SURVIVOR SU2C, through which donations are made to cancer research through the popular television show, Survivor.

In the fall of 2011, after 20 months of being in remission, Zohn was told his cancer had returned. He quickly and without hesitation persevered, using his platform to continue to be “the megaphone” for the young adult generation battling cancer. He engaged with his fans through autobiographical short on People Magazine’s People.com. Through an in-depth video web series, Ethan opened up about his fight against cancer, showing the raw truthfulness behind this disease – the humor, the fear, the doctors, hospitals, etc. Since 2011, Ethan has been a guest writer for the Huffington Post and penned a blog for EverydayHealth.com called the “The Zohn Zone” about life after cancer. Today, he continues to use his celebrity to educate others about cancer research and advocacy across the country. Ethan is also a Global Envoy for The LIVESTRONG Foundation and is a national spokesperson for the Gabrielle’s Angel Foundation and The Leukemia & Lymphoma Society.

TELEVISION, FILM AND RADIO
Ethan and Survivor Amazon Winner Jenna Morasca hosted the 2012 Daytime Emmy-nominated ABC show “Everyday Health.” They traveled around the country covering stories on amazing people who have gone through a health crisis and continue to use the power of the human spirit to not only better themselves, but also the communities around them. Ethan has also been featured in the award-winning documentary film A Closer Walk, and has been a host for the MSG Soccer Report (Madison Square Garden Network) and FC Fox (Fox Soccer Channel) and Outside Today (Outside Television Network). Ethan has also worked as a sideline commentator for the US Men’s National Soccer Team, Major League Soccer, NCAA College Soccer and for ESPN Radio. Ethan’s other television credits include The Amazing Race 19, Survivor All Stars, Eco-Challenge Fiji and Earth Tripping.

EDUCATION AND BACKGROUND
Originally from Lexington, MA, Ethan graduated from Vassar College, where he majored in biology. After graduating from Vassar, Ethan played professional soccer for Highlanders FC (Zimbabwe), the Cape Cod Crusaders and the Hawaii Tsunami, as well as for the 1997 and 2001 U.S. National Maccabiah squads. From 1998 to 2002, Ethan was the Assistant Coach for Fairleigh Dickinson University’s Men and Women’s soccer teams. In 2003, he coached the U.S. Maccabiah team at the Pan-American Maccabiah Games in Chile.