Popular Shows
Home Topics Alternativity The Numbers of Our Lives and What They Mean with Guest, Julian Michael on Life Changes With Filippo S1:E8 (2009)

The Numbers of Our Lives and What They Mean with Guest, Julian Michael on Life Changes With Filippo S1:E8 (2009) 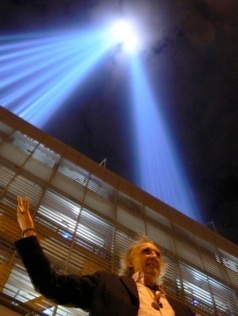 Hear Julian Michael, Renowned Numerolgy Life Coach, Reiki Master, Hypnotherapist and Past Life Regressionist talk about the numbers of our lives and what they mean and how we can use them and change the way we look at numbers forever.

JULIAN MICHAEL, Numerology Life Coach, Reiki Master, hypno-therapist and past-life regressionist has guided thousands of people into creating and materializing their heart’s desires. JULIAN utilizes his special psychic expertise combined with the sacred art of Numerology to unlock the map of the soul’s ‘true Destiny.’

Growing up in New York City, Julian had a remarkable, mind altering, near-death experience at the age of ten. While he was healing, Julian began to communicate with the Spirit world. Julian graduated from City College of New York in Psychology and Education. Relocating to Los Angeles in 1980, he studied with Masters in the field of Yoga, meditation, bioenergetics and mediumship.

During that time, he came into contact with renowned Brazilian psychics and began incorporating their various healing techniques into his practice. Eventually, Julian relocated to Brazil, working in spiritual centers with these Master healers and parapsychologists where he became a Reiki Master and teacher working with a respected Shaman. Julian took his metaphysical skills into the business world facilitating retreats, conferences, stress management workshops as well as conducting individual and group counseling sessions.

Julian was chosen to speak at the ECO 1992 World Conference in Rio de Janeiro.

He has appeared on numerous televisions and radio talk shows and featured in newspapers articles throughout North and South American. One of Julian’s most fascinating experiences occurred in Paraguay where he was invited to facilitate a special workshop on ‘Unconditional Love’ for for the President of Paraguay, family members and Cabinet ministers of the dictatorial regime.

Julian has appeared on TV and radio in Athens, New York, Rio de Janeiro, Sao Paulo, Seattle and Los Angeles Including The Best of LA Festival , featured on the hit KLSX 97.1 FM “Conway & Steckler” radio show in Los Angeles and is a favorite recurring guest on KPFK’s “Inner Vision” with host, Nita Vallens. Most recently, Julian appeared on Air America’s new show, “Under The Radar” and was a special guest on “Hot Jam” 92.7 FM to debunk the theory behind 6-6-06. His proudest recent accomplishment was conducting a series of workshops at the prestigious Esalen Institute in Big Sur, California.

Julian currently hosts an unique and original monthly cable access TV show in Los Angeles , writes a daily column in Astrologer Stephanie Azaria’s website (www.thecosmicpath.com – 350,000 readership) and has a monthly newsletter which is a big hit around the world to all his fans. In January, 2007, Julian headlined the Learning Annex in Los Angeles, (1.11), New York City (1.20-22) and drew a standing ovation in both cities.

Julian’s Celebrity readings include appearing at the 2006 Flaunt Magazine Oscar House in the Hollywood Hills and the 2007 Showtime Golden Globes Gift House. Celebrities who have experienced Julian’s magic include: Jim Carrey, Eddie Murphy, Baba Ram Dass, Jon Voight, Dominick Dunne, Sally Kirkland, Stephen Collins, Kevin Kline, Corey Feldman, Bud Cort, Elizabeth Berkley, Cloris Leachman, and Peace Mom, Cindy Sheehan.
Julian has a series of visualization and meditation CD’s including ‘Memories of the Soul’ and is currently working on his book, “Numerology – The Sacred Language, a Transpersonal Journey”. Julian’s enlightening work with everyone from politicians to celebrities has created a world-wide demand for his talents. His success is owed to his charismatic, entertaining style, refreshingly original approach and his truly authentic psychic gifts. Julian calls home wherever he may be – Athens, New York, Rio de Janeiro, Sao Paulo, Hawaii or Los Angeles. You can read Julian’s monthly predictions in his monthly numerology column on the popular website, www.thecosmicpath.com and on his own website: www.julianmichael.net