Popular Shows
Home Topics Alternativity Getting Your Boots Dirty, with Guest Sydney Brouillard-Coyle and Musical Guests We The Ones on LIFE CHANGES – Radio Show #340

Getting Your Boots Dirty, with Guest Sydney Brouillard-Coyle and Musical Guests We The Ones on LIFE CHANGES – Radio Show #340 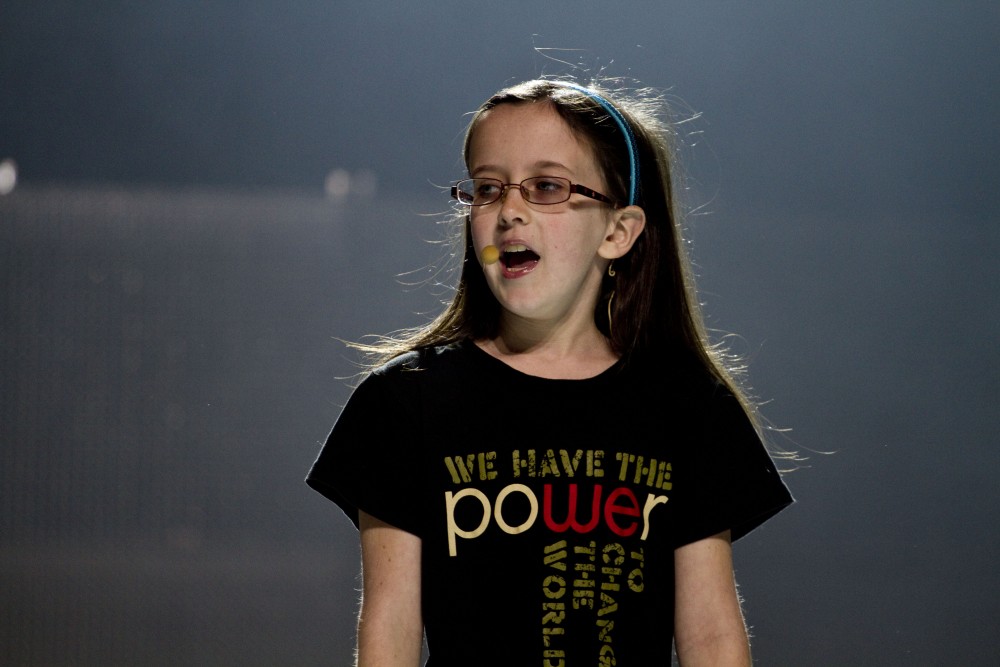 “Getting Your Boots Dirty,” with an empowered, passionate 15-year-old from Canada, Guest Sydney Brouillard-Coyle and Musical Guests 7-Piece Folk Rock Band We The Ones on The LIFE CHANGES Show

GUEST SYDNEY BROUILLARD-COYLE and MUSICAL GUESTS WE THE ONES

Sydney Brouillard-Coyle is an empowered, passionate 14-year-old from Windsor, Ontario, who shows us that no matter what our age, size or colour – we can all make a difference.

She has been fundraising and volunteering since she was six. In 2012 she appeared at We Days all across Canada and confidently proclaimed that she will one day be the Prime Minister of Canada.

Sydney is a change-maker who proves, each day, that children are not just the future – they are the present.

Testimonials
“I was struck by young Sydney’s level of comfort on stage. Indeed she thrives on speaking to large groups. The powerful message that Sydney brought to the mature audience moved them so much that no one was left in their seat! Sydney represents hope for the future.”

“Sydney is a powerhouse. Her ability to draw an audience to her is something to see. Whether speaking to 20,000 or 20, her intellect and charm quickly win everyone over, and her passion delivers the coup de grace.”

Full Biography
Sydney Brouillard-Coyle
An empowered, passionate 13-year-old from Windsor, Ontario, Sydney Brouillard-Coyle wants to change the world. And even though she has very publicly stated her intention to become the Prime Minister of Canada in 40 years, she’s by no means waiting to take real action. In fact, she provides an incredible example for youth across the country of how it doesn’t matter what age, size or colour we are – we can make a difference.

Starting at age six, Sydney rallied her church community to make sandwiches for a downtown mission. At the age of nine she not only engaged her school to fundraise for a women’s shelter, but also create a garden in order to grow fresh produce for its kitchen. After inspiring fellow participants at Me to We’s Take Action Camp in 2012, Sydney was invited to speak at We Days all across Canada where she shared the stage with Molly Burke and Marc Kielburger. And that’s where, at the age of 12, she proclaimed to tens of thousands that her dream is to one day occupy the country’s top office.

In the summer of 2013 Sydney travelled to Kenya on a Me to We trip to gain further insights into the life journeys of her peers. She believes deeply that the world can be a better place and enjoys challenging others to light their sparks and make a difference. Sydney’s confidence and commitment are an inspiration to behold – she is a change-maker who proves each day that children are not just the future – they are the present.

Learn More About Our Guest Sydney Brouillard-Coyle at www.metowe.com  or directly at