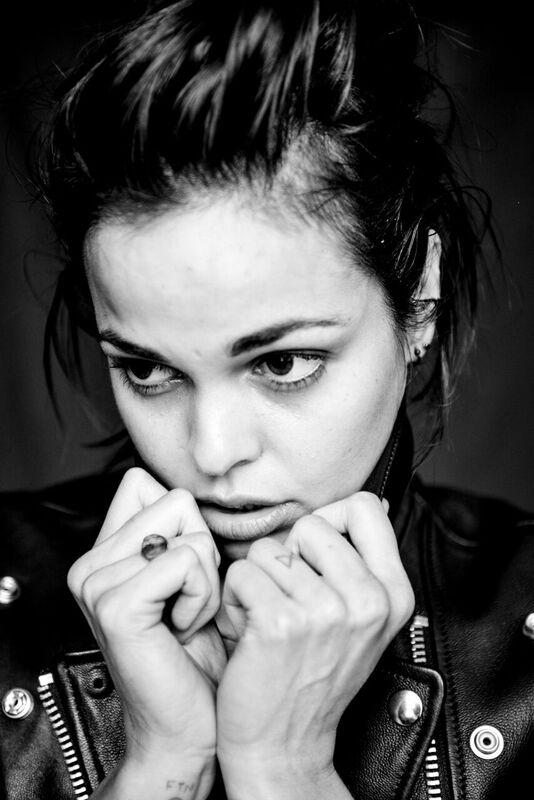 Lina got her start in 2005 in the acclaimed indie film LONDON, starring Jessica Biel, Chris Evans and Jason Statham. She then went on to play Jimmy Smits daughter in the CBS series Cane (2007). She was then cast in the international coming-of-age ﬁlm, LOL (2011) starring alongside Miley Cyrus and Demi Moore. After LOL, she was hired by Antoine Fuqua to co-star with Ethan Hawke in Antoine’s ﬁrst pilot, Exit Strategy for Fox-TV. In 2014 she was cast in Ryan Murphy’s new HBO show “OPEN” alongside Michelle Monaghan, Scott Speedman, West Bentley and Jennifer Jason Leigh. She is currently starring in FLAKED on Netflix and stars in the new season of KINGDOM.

Lina produced and directed several PSA’s for the Academy Award-winning Best Documentary of 2009, The Cove, entitled, “My Friend is…” to bring awareness to the annual slaughter of dolphins in Taiji, Japan.

She raised 1 Million dollars to shoot her first feature film FREE THE NIPPLE. She founded the Free The Nipple campaign in 2013 when the feature film by the same name she directed in 2012 was nearly impossible to release because its “controversial” title. Free the Nipple is about men and women coming together for gender equality and it has become one of the biggest movements of the 21st century with more than 2.1 Billion Impressions and a 780 Million True Reach. She finally sold her film to IFC/Sundance Selects for theatrical distribution in Dec. 2014. Film was also acquired by Netflix in June of 2015. FTN can be seen on NETFLIX.
In 2014 Lina help create and launch Miley Cyrus Happy Hippy Foundation for transgender homeless youth in America.

She has appeared over 3 times on TIME magazine –
http://time.com/4029632/lina-esco-should-we-freethenipple/

Learn More About Lina Esco and the Free The Nipple Campaign at www.freethenipple.com/