Foraging Intuitively – Getting Back to Our Roots – Show #602 Pg2 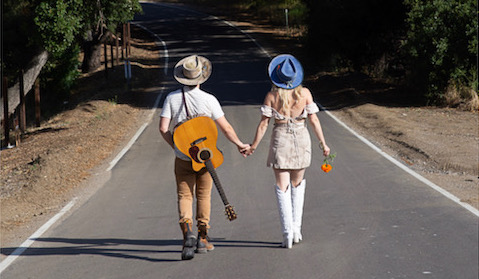 “Foraging Intuitively – Getting Back to Our Roots,” with Guest, the Intuitive Forager and Owner of Malibu Fig Ranch, Kerry Clasby; and Musical Guests: The Beverly Hillbillies on Show #602

Lucinda Monroe King, a songbird born from alternate dimensions, ones with lavish adornment and luxury befitting the highest cast of cosmic royalty, heals the world with her voice, her drum, and her harp.  The sweetness that hugs one’s bones in the presence of her vibration calms the mind and kisses the senses.  During one of her siren priestess sound baths, a person need only breath and accept the reality that with an open ear and heart, healing is abundant.

Experienced as both a sound healer and womb priestess, LMK has also associated as a songwriter at the Universal Music Group, writing lyrics and melodies in collaboration with industry professionals, and has had her work featured on network television.  In tandem with her myriad musical gifts, this world traveler contains a passion to be a bridge for our humanity by giving and receiving wisdom to and from cultures both modern and ancient.

Deep in the journey of her own healing, she shines bright as a global permission slip for anyone faced with the choice to embark on the sometimes challenging, yet always transformative adventure of being beautifully and completely human. Lucinda, or Monroe to her closest circles grew up near the Atlantic Ocean before moving to California to pursue her education in life, love, and the pursuit of happiness.

Colin James Martin began his musical journey as a child and has studied the craft with numerous wisdom carriers throughout his decades here on earth.  Sometimes humble to the point of reclusiveness, Colin is devoted to the maintenance of music in our human experience.  His primary philosophy around the art is that sound vibration and the infinite availability of it for creative expression, healing, and the transmission of information are as much a part of our foundation to life as water, air, earth, and energy.

As a writer, CJM is a true smith of words, cranking out song lyrics and prose on the daily that speak to countless corners of our humanity and inspire curiosity toward our purpose in relationship to each other and the planet on which we live. Grown in Pennsylvania and West Virginia, and educated at The Ohio State University School of Music, Colin currently resides in California where he collaborates on creative projects with a variety of amazing people.

LMK and CJM were brought together through seemingly divine intervention right at the beginning of the 2020 global pandemic.  In the tenderness of that unprecedented time, Lucinda and Colin put themselves into a creative lockdown and birthed a musical identity with the kind of energy that serves as a pillar for our collective humanity on the track toward reclaiming balance and harmony.

In jest, they refer to themselves as The Beverley Hillbillies, reflecting both the city in which they found their genesis and the opposing ends of the spectrum of life from which they sink their individual roots.  Lucinda, or Peach, is more Beverley, while Colin, or Cash, is way more Hillbilly.  And between the two, there’s something good for just about anyone.