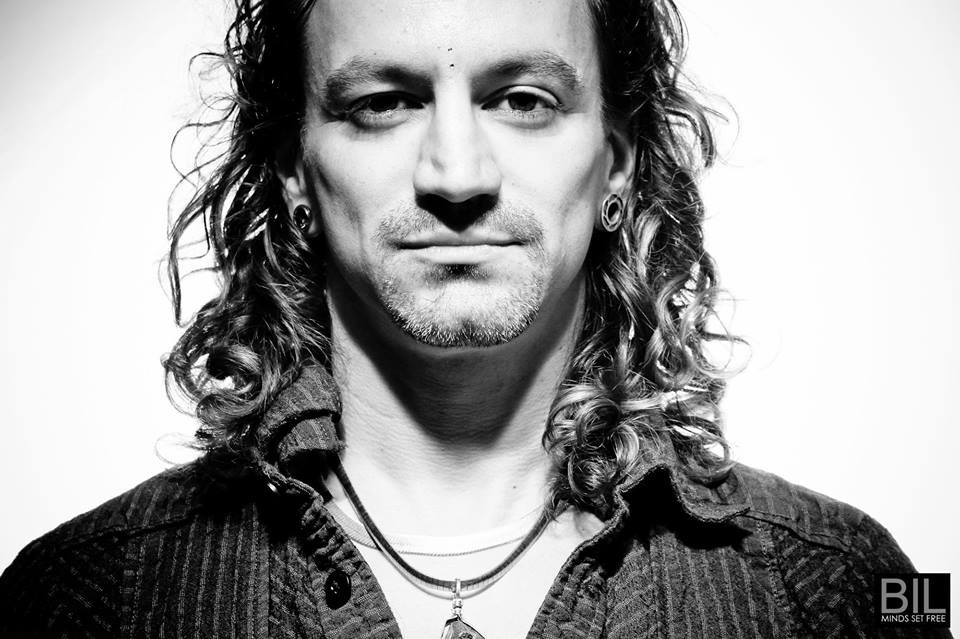 Destin Gerek is a transformational empowerment coach who specializes in helping you awaken your sexual energy, while harnessing this newfound power to passionately manifest your biggest visions, and create the life of your dreams. A globally recognized thought leader in the realms of sexuality, consciousness, and personal transformation.
Destin has been working in the field of human sexuality for over 17 years. In 2004, after an intense psychological/emotional breakdown, Destin experienced a massive spiritual reawakening while hitchhiking through southern Mexico. Since that time, Destin has made it his life’s purpose to help catalyze an elevation in global sexual consciousness.
Destin has worked with multi-millionaires and struggling artists, CEOs and the unemployed, celebrity musicians, authors and actors, coaches, trainers, and business professionals, porn stars and yoga teachers, and regularly speaks to and communicates with an audience that spans 6 continents.

Since our inaugural concert in 2006, the Enlightenment Music Series has been dedicated to bringing audiences the finest performances of chamber music repertoire, dating as far back as the Renaissance and continuing through the centuries to the finest works of our time. The series presents free concerts for listeners ranging from connoisseurs to chamber music newcomers of all ages, providing listeners a comprehensive perspective on the art of chamber music. The performing artists of Enlightenment Music Series are multi-generational expert chamber musicians, soloists, and recording artists.

At the age of 11, violinist Marina Manukian joined the Radio and Television Violin Ensemble of Armenia thus becoming the youngest professional musician in the former Soviet Union. She received her musical training from Georgi Ajemian, Alice Schoenfeld, Yehudi Menuhin, Sandor Vegh and Sidney Weiss. Marina has studied at the prestigious Mozarteum School of Music in Salzburg, Austria and is also a USC graduate with Highest Honors.
Since childhood, Marina has performed radio and television broadcasts, recordings, solos with orchestras, chamber music concerts and recitals. Her passionate artistry has been heard and embraced throughout Europe, former U.S.S.R. and the United States.
She is the winner of numerous music awards and prizes including the 1st prize for National Young Artist Competition, in former U.S.S.R., Aspen International Music Festival and Herb Alpert Music Award from A & M Records.
Marina has performed with such renowned artists as Mstislav Rostropovich, Luciano Pavarotti, Placido Domingo, Valeri Giergiev, Kent Nagano, James Conlon, Lynn Harell, and others.
The Los Angeles Times identifies Marina Manukian as “a violinist extraordinaire…whose virtuosity is exceeded only by her calmness and confidence, working through the intricacies with masterful grace and strength.”

Since 2006 Marina has been the Music Director and Concertmaster of The Enlightenment Chamber Music Series which present concerts performed by the selection of expert chamber musicians, soloists and recording artists from around the world. In addition to her solo and chamber music performances Marina has recorded for over 700 television and motion picture scores working with numerous composers including John Williams, Jerry Goldsmith, James Newton-Howard, James Horner, Alan Silvestri and Danny Elfman Flutist.

Flutist Sara Andon is an international soloist and recording artist known for her ravishing tone and deeply engaging musical interpretations. A versatile performer in many music genres including solo, chamber, symphonic, opera, ballet, new music, jazz and Broadway, she has performed all over the world in major concert venues, TV and radio broadcasts, as well as on many major motion picture soundtracks, documentaries and video game scores.

She has frequently performed traditional concerto repertoire including the Mozart Concerti with her own original cadenzas and has recently become the featured soloist for the Varèse Sarabande Record Label Live Concerts, the largest film score label in the world, performing with the Macau Orchestra in China, Golden State Pops Orchestra here in Los Angeles and the Beethoven Academy Orchestra in Krakow, premiering new arrangements for flute solo and orchestra of the iconic composers Alex North, Elmer Bernstein, Georges Delerue, Vince Guaraldi and Henry Mancini.

Cellist Dennis Karmazyn made his professional debut as a soloist with the Los Angeles Philharmonic Orchestra at age 16. He went on to receive a full scholarship to study at the Paris Conservatory of Music with world- renowned cellist Paul Tortelier.

Managed by Columbia Artists Management, Mr. Karmazyn toured as a solo recitalist throughout the world. Engagements as a soloist performing with major orchestras followed, including performances in New York, London, Paris, Vienna and Canada. The New York Times stated, “He played with brilliance and sparkle, subtle tone, command, intensity and breadth. Dennis Karmazyn has one of the more effortless techniques now before the public”. Upon returning to the United States, Dennis received a full scholarship from the University of Southern California to participate in the Master

Class of the legendary cellist Gregor Piatigorsky. Following an appearance with the California Chamber Symphony, The Los Angeles Times praised the artist by saying: “Dennis Karmazyn brought an exceptional talent to bear on Tartini’s rarely played concerto in D Major. Karmazyn commanded instant attention by virtue of his vital tone, his deft shading, his clean technique and his felling for classical style”. Soon after he was selected by Yehudi Menuhin to appear in concert with him at Avery Fisher Hall, Lincoln Center, New York.

Mr. Karmazyn has been principal cellist of numerous ballet companies including American Ballet, Jeoffrey Ballet, Kirov Ballet, Bolshoi Ballet, and accompanied Rudolf Nuryev as a soloist.
Currently, and for the past 20 years, Karmazyn sits principal cello for the Hollywood Bowl Orchestra in Los Angeles. The orchestra has toured many countries including Japan and Brazil, as well as performing its annual season at the legendary Hollywood Bowl. The Orchestra has recorded 16 albums under the Phillips label, and he was featured as a soloist on many of the recordings.

He has recently been asked to join the California Philharmonic as principal cellist, which performs at Disney Hall and Ambassador Auditorium. He will be performing the Dvorak Cello Concerto with the Orchestra in November, 2007.

Throughout his career, Dennis Karmazyn has worked extensively in Hollywood recording for over 4000 motion picture, television, record and commercial scores. Over the last 20 years he has served as principal cellist for many of Hollywood’s leading composers, including , Jerry Goldsmith, James Newton Howard, Maurice Jarre, Alan Silvestri and Randy Newman just to name a few. He performed and recorded with Barbara Streisand and was featured as a soloist on many albums including her religious album. Dennis Karamzyn lives in Santa Monica, California with his wife and two teenage children. His father Albert joined the Los Angeles Philharmonic in 1945 as a violinist, and performed with the orchestra for 35 years. His son Maxwell has taken up the family business and is in the first violin section with the Crossroads High School Orchestra.

Mark Gasbarro’s work as pianist, composer/arranger/orchestrator and producer has taken him around the world, though his home base has been his work in Hollywood. His work may be heard on hundreds of productions from blockbuster feature films and television series through album projects, awards shows and more.

Among these many are Jupiter Ascending, Star Trek Into Darkness, Star Trek (2009 feature)the Pixar films Up, Cars 2, Ratatouille and The Incredibles, Mission Impossible Ghost Protocol, the Academy Awards, TV series Lost, Big Love, What About Brian, Heroes, Castle, among many others. His live concert work ranges from opera through musical theater to jazz and pop.

He is also an adjunct professor of both piano and composition at Azusa Pacific University. Equally comfortable among varying styles of music, Mark moves smoothly through jazz, pop, film, classical and world music.