The Super Hero with a Super Cause, Guest and Musical Guest Sir Ivan aka Peaceman on LIFE CHANGES – Radio Show #301 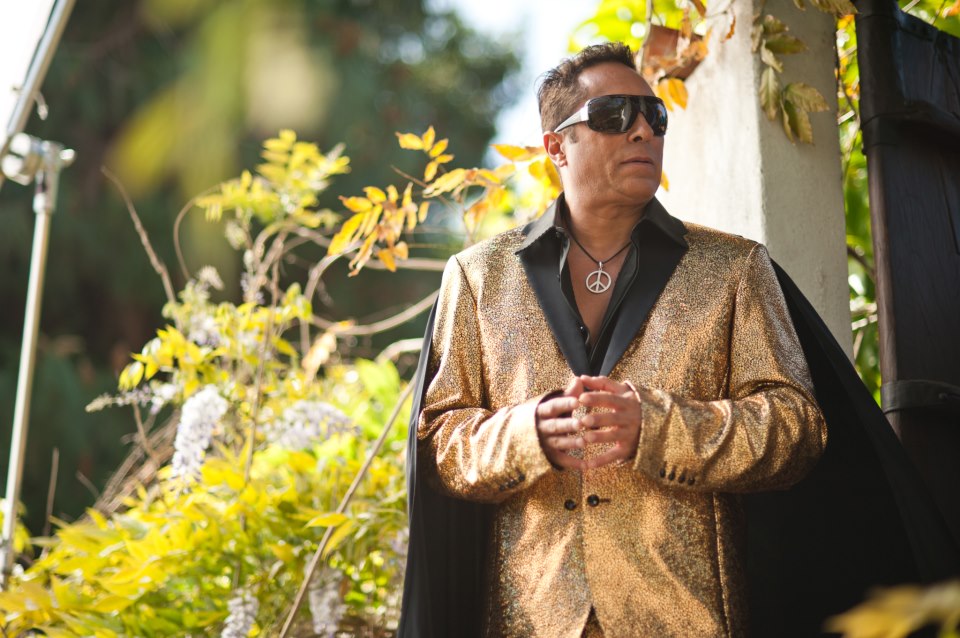 The Super Hero with a Super Cause, Guest and Musical Guest Sir Ivan aka Peaceman.

“From Bank Board to Top 10 Billboard”

Banker–turned–singer, reality TV celebrity, philanthropist and activist, Sir Ivan, has led a life that movies and dreams are made of. Ten years ago, at the age of 45, Ivan Wilzig, the eldest son of Siggi B. Wilzig, legendary Auschwitz survivor, financier and philanthropist; turned his back on his family’s multi-billion dollar banking business to reinvent himself as Sir Ivan and follow his childhood dream of pursuing a career in music. Now at the age of 55, ten years after resigning from Trustcompany Bank’s Board of Directors, he has joined the Top 10 on Billboard Magazine’s Dance Club Songs Chart, alongside others such as: Lady Gaga, Katy Perry, Rihanna and Jennifer Lopez. Sir Ivan’s dream is coming true.

It all started in 2001, when Sir Ivan played a few demo tapes for an acquaintance named Dave Jurman, who was then Senior Executive Director of Dance Music at Colombia Records. Dave was so impressed with Sir Ivan’s voice, energy, and love of music, that he decided to help him by finding him a record producer. He introduced him to Ernie Lake, half of the two–time Grammy nominated producer team known as Soul Solution. Ernie was eager to help Sir Ivan get started in the music business, but wanted Sir Ivan to select the song. Sir Ivan chose to remake John Lennon’s iconic song “Imagine,” not as a rock ballad, but as a high–energy pop/dance record. Sir Ivan, was struck by the lyrics and how closely they mirrored his own beliefs of creating a world without violence and hatred. As the son of an Auschwitz survivor and someone who had 59 relatives murdered by the Nazis during the Holocaust, Sir Ivan was inspired to be the first singer in history to bring “Imagine’s” important lyrics back to life, 30 years after the original – only this time in a completely new style, for an entirely different generation. The single, released on Tommy Boy Records on September 4, 2001, broke the Top 40 on the Billboard Club Play Chart, exactly one week before the horrendous September 11th tragedy.

Inspired by the success of “Imagine,” Sir Ivan decided that his music would be from the 60′s or contain the same messages of the 60′s; universal love, human rights and peace. Sir Ivan recognized that the 60′s were both the most evolutionary and revolutionary period in history – where civil rights, women’s rights, gay rights and environmental rights were being bravely fought for. Sir Ivan understood clearly that even today the battle for these rights still needs to be waged diligently. Because his style linked “techno” dance tracks with “hippy” lyrics, he classified his early work as “technippy” music. Sir Ivan’s next four singles: “San Francisco” (Be Sure To Wear Some Flowers In Your Hair), on Jellybean Records, “Peace on Earth”, on Artemis Records and “For What It’s Worth” and “Kumbaya”, both on Sir Ivan’s label, Peaceman Music – all made Billboard Charts. Yet, a Top 10 hit on the Billboard Dance Club Songs Chart remained elusive until his recent single “Hare Krishna”, made it to #10, off his 15–song debut album “I AM PEACEMAN”. Produced by FORD, who has earned eighteen gold and platinum singles – the album, mastered by the legendary Vlado Meller, is an uplifting fusion of current electro, pop, and rock styles.

To promote peace through his music, Sir Ivan always performs in a cape adorned with a large Swarovski Crystal peace sign on the back, which has earned him the title “PEACEMAN”, the rock – star superhero fighting for peace. In 2007, Stan Lee, the most famous superhero creator of all time, personally selected Sir Ivan to star as a finalist on the NBC Sci Fi Channel hit series “Who Wants to Be a Superhero”? This coincided with Sir Ivan’s performance on VH1′s highly – rated “The Fabulous Life of the Hamptons”. Around the same time, the Travel Channel was running “Grand Castles of America” (featuring Sir Ivan’s medieval-style Castle) and the WE Channel was airing his love life on “Single in the City – The Hamptons”. The combination of these four major cable channels simultaneously including Sir Ivan in their programming vastly increased his popularity in America – while in France and Germany, he became a household name due to his unforgettable antics on numerous European television shows that reached millions of viewers.

Although Sir Ivan and his band “The Peacemen” perform at select venues, he prefers to reach a much greater audience by making music videos. His first video “Kumbaya” has 14.8 million online views and is the 5th highest viewed video overall in Yahoo video history. With two-time Grammy Award Winning music video director Rudi “Rock Me Amadeus” Dolezal now on board, Sir Ivan’s next videos “Live For Today” and “Hare Krishna” should also set records.

In 2009, Sir Ivan was nominated for an OutMusic Award (the LGBT equivalent of the Grammys) for Outstanding Contemporary Spiritual Song, for his hit single Kumbaya.

All of Sir Ivan’s recording artist royalties from full–length album sales of “I AM PEACEMAN” will go to The Peaceman Foundation, a charity which he established specifically to battle hatred and violence – especially to protect those who are perceived as different – and Post Traumatic Stress Disorder, a terrifying mental problem which often results from exposure to violence. Sir Ivan is passionate about these causes and about helping those who might feel like outsiders, because as the son of holocaust survivors, he was brought up with a heightened awareness of the harm that being perceived as different can cause. One cause he is particularly passionate about is the need to stop bullying, as he has seen the devastating impact this has had, particularly among LGBT youth.

An original documentary titled Sir Ivan: “I AM PEACEMAN” has just been completed for television and a reality show is in development, based on Sir Ivan’s eccentric lifestyle and passionate quest to change the world.

For further information about our guest Sir Ivan aka Peaceman visit www.sirivan.com or contact SirIvan@SirIvan.com