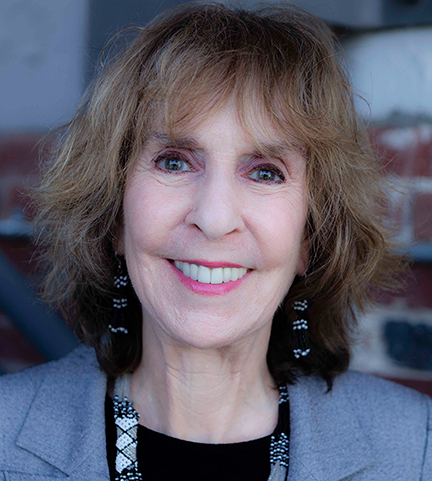 Jill is originally from East Meadow, NY. She has traveled and lived all over the world and is fluent in Spanish, French and Italian. ​She is the CEO of the nonprofit organization Create Now, which she founded in 1996. Jill has devoted the last 23 years of her life helping more than 48,000 at-risk and high-risk youth in Los Angeles to heal and thrive through therapeutic programs in the arts.

She is a produced screenwriter, having adapted the book Hit and Run by James Hadley Chase into the screenplay “Rigged,” which stars George Kennedy. This film was distributed internationally by Kodiak Films. She also wrote “Socrates,” a PBS pilot that stars Ed Asner. Several of her original screenplays were optioned. One of Jill’s scripts placed as a Quarter-Finalist in five different writing competitions, and also as a Finalist in an international writing contest.

Jill graduated from Boston University with a B.S. degree in Broadcasting and Film. She worked for many years in the film industry as a Script Supervisor on international productions with famous actors and directors.

She founded Create Now in 1996 and serves as the CEO. Jill was featured on NBC Nightly News with Brian Williams and CNN’s Anderson Cooper 360°. She was one of eight people in the U.S. selected to be in an exhibition at the Museum of Tolerance called “Everyday Heroes.” She was chosen by the British Council to participate in their Global Xchange program in South Africa and Northern Ireland in 2010, where she shared best practices with 25 other leaders from six countries. Jill gives presentations to global diplomats through adjuncts of the U.S. State Department.

She received a standing ovation after giving a TEDx Talk in Beverly Hills on October 29, 2016. Jill published a comprehensive book, Mentor Youth Now: A Guidebook for Transforming Young Lives, which is available on Amazon, Barnes & Noble and through other retailers. She’s available as a consultant, trainer and a speaker.

To learn more about Jill, visit www.jillgurr.com and Create Now at: www.createnow.org