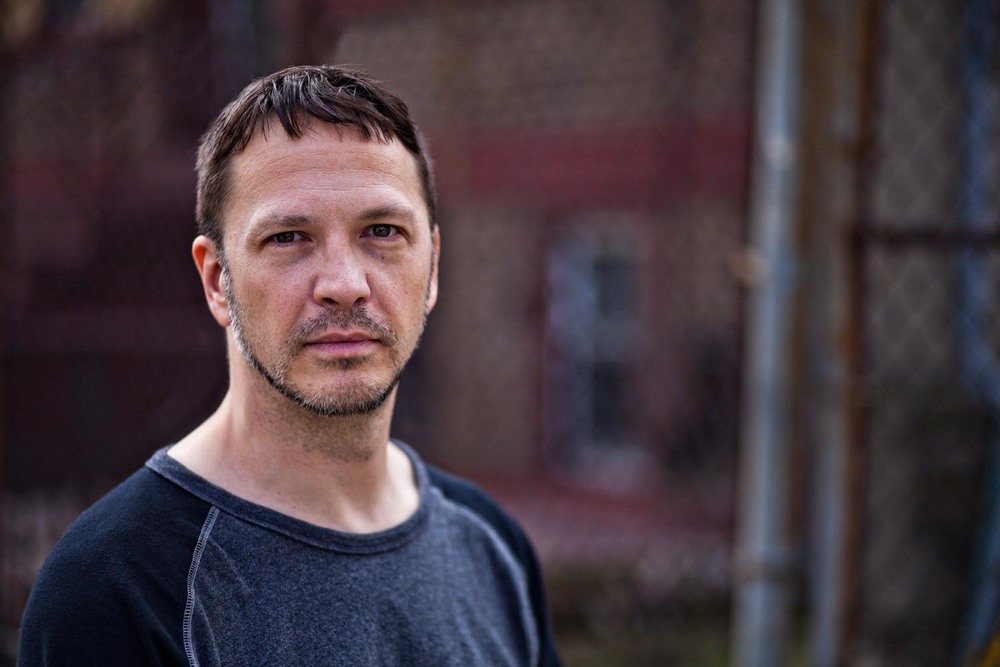 Michael Alig (born April 29, 1966) is an American former club promoter, musician and writer who served almost 17 years in prison for manslaughter. Alig first became a prominent member of the Club Kids, a group of young New York City club goers that became a cultural phenomenon during the late 1980s and early 1990s.[1]

In October 1997, Alig pleaded guilty to manslaughter, after killing and dismembering fellow Club Kid Andre “Angel” Melendez in a confrontation over a drug debt in March 1996. He was sentenced to ten to twenty years in prison and was released on parole in May 2014.
Early years
Born in South Bend, Indiana, Alig is the second of two sons born to John and Elke Alig. His mother Elke, a native of Bremerhaven, Germany, moved to the United States after marrying John Alig, a computer programmer. Alig’s parents divorced when he was four years old.

Alig attended Grissom Middle School and Penn High School where he was a straight A student. He graduated in the top 8% of his class. During his teenage years, Alig was often the subject of bullying on account of his homosexuality. Seeking a less conservative social environment after graduating in 1984, he attended Fordham University in New York City. He studied architecture there before transferring to the Fashion Institute of Technology. There he met the boyfriend of artist Keith Haring who introduced Alig to New York City nightlife. Alig soon dropped out of school and began working at Danceteria as a bus boy.

In 1988, Alig was hired by the owner of The Limelight, Peter Gatien. Alig’s parties at The Limelight were such a hit that he began organizing parties for Gatien’s other clubs The Palladium, Tunnel and Club USA. Alig’s notorious “Outlaw Parties”, which were thrown in various unconventional places including a Burger King, a Dunkin’ Donuts, abandoned houses and a subway, helped to revitalize the downtown New York City club scene which Village Voice columnist Michael Musto declared had died after artist Andy Warhol died in 1987. Alig’s parties also became notorious due in part to his own “bad behavior”. Alig would throw $100 bills on crowded dance floors just to watch people scramble for them. In other instances, he would urinate on clubgoers or urinate in their drinks and stage falls wherein he knocked others to the ground.

As Alig’s popularity in the club scene grew, so did his drug use. He was arrested several times for drug offenses and entered rehab, but continued to use drugs. In 1995, Alig’s boss Peter Gatien sent Alig to rehab once again. Alig later claimed that after he completed his stint and was released, Gatien fired him.

Some of Alig’s behavior could be explained by a personality disorder; he was diagnosed with histrionic personality disorder. He stated that “The doctor said I was the most extreme case he’d ever seen. Everything has to be completely over the top and exaggerated. It worked well for my job – I was a promoter.”

Alig was paroled on May 5, 2014. Per the conditions of his parole, Alig returned to New York City. He is required to abide by an 8 p.m. curfew and must undergo drug counseling, anger management, and job readiness training. In the months following his release, Alig granted numerous interviews in which he expressed a desire to star in his own reality show and stage an exhibition of his art work. In May 2014, it was reported that Alig was attempting to sell his memoirs and was pursuing a career as a magazine writer.

On October 15, 2014, Alig released the pop song “What’s In” (Featuring DJ Keoki) through Austound Music, an Austin, Texas based record label. An EP, also entitled What’s In, is scheduled for release. In May 2015, a selection of Alig’s paintings went on display at the SELECT Fair in New York. Alig also hosts an online satirical talk show entitled The Pee-ew Show.

In popular culture
The events of Michael Alig’s years as a club promoter up to his arrest were portrayed in the 1998 documentary Party Monster: The Shockumentary and the 2003 feature film Party Monster starring Macaulay Culkin as Alig and Seth Green as St. James. The events are also covered in St. James’s memoir, Disco Bloodbath, re-released with the title Party Monster after the release of the 2003 film.

A prison interview with Alig is featured in the 2011 documentary Limelight, directed by Billy Corben.

Alig’s case has also been featured on the TV series American Justice,[21] and Notorious, as well as Deadly Devotion on Investigation Discovery.

Learn What Michael Alig is Doing To Help Suicidal Kids at Live Through This: www.livethroughthis.org/#/michael-alig/