Popular Shows
Home Topics Alternativity Changing The Way We Look at the Homeless, with Guest Charles Hill on Life Changes With Filippo S1:E10 (2009)

Changing The Way We Look at the Homeless, with Guest Charles Hill on Life Changes With Filippo S1:E10 (2009) 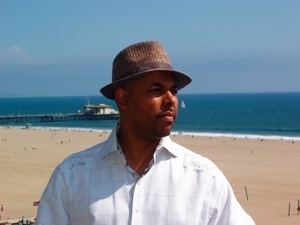 Charles is proud to be born and raised in L.A., but he’s not proud of the fact that Los Angeles has three times as many homeless people as any other city in America.  Mr. Hill has been a successful Realtor for over a decade, but has been affected by the widespread loss of homes, not only in Los Angeles, but throughout the country.

Charles says of his inspiration, “Last season, while attending a Laker game, I kept thinking about the people outside of the Staples Center who not only couldn’t afford to buy tickets, but wouldn’t have a place to sleep that night. A strange feeling came over me as I wondered if anybody else thought about the same thing. I tried to continue enjoying Kobe Bryant and the rest of the great athletes, but I just wasn’t into it anymore. For the remainder of the game, I watched in silence.”

Charles recently developed a unique one-on-one, partnership program involving re-connection and mutual respect between people with homes and the homeless population.  He and his organization, United Steps, will work diligently to share this vision throughout the world.