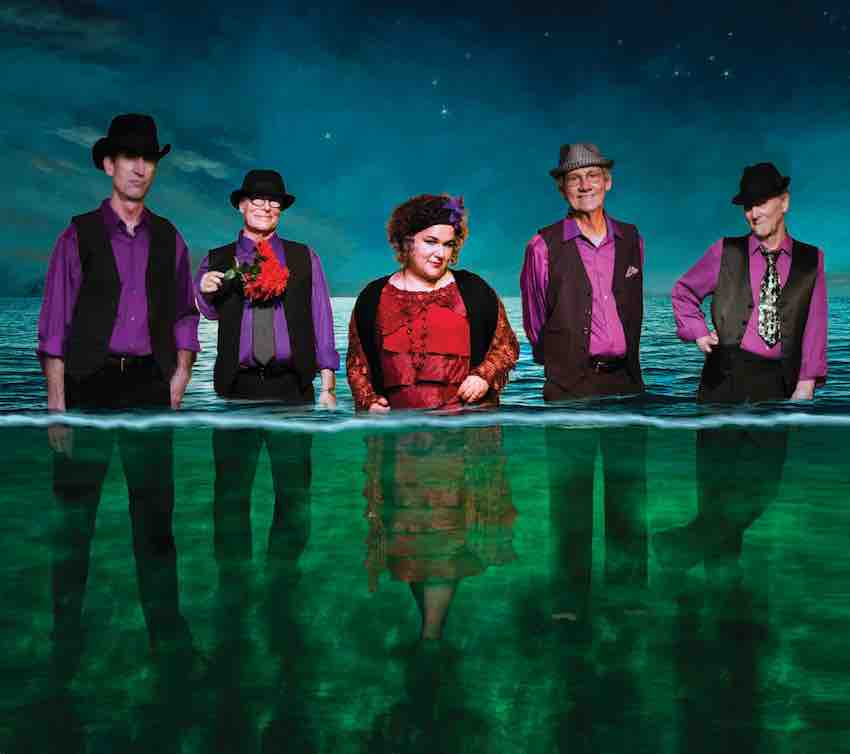 Café Musique lives up to its name with a musical pallet that includes gypsy, swing, tango, folk and their self-defined genre, “wild classical.” The five members seem to eat, sleep and breathe music. They’re from the central coast of California and all five come from wildly different backgrounds, but together they’ve found kindred musical spirits in one another. Having performed around the world and been on the stages of several world-class music festivals, Café Musique has made thousands of fans of their powerful, emotive and beautiful sound. They have shared the stage with Doc Severinsen, David Grisman Quintet and Los Lobos and performed and recorded with Grammy award winner Louis Ortega, musical madman Joe Craven, songwriter Jill Knight and Broadway vocalist Sarah Kleeman.

A quote from Lisa Manning (entertainment director, Hidden Valley Music Seminars, Carmel Valley, CA) captures the essence of the band’s music perfectly: “Leading the way is the siren song of violinist Brynn Albanese. She charms, seduces, and delightfully entertains the audience through a whirlwind of musical genres. The group dynamic is part of the fun, with a sassy, musical interplay between accordionist Duane Inglish and Ms. Albanese. The band offers range as well as depth, moving from exhilarating tango to the intense folk music of Eastern Europe to the truly lovely songwriting of guitarist Craig Nuttycombe.”

Rounding out the band, string wizard Eric Williams brings a life-time of musical experience to the band’s fabric forged by his touring and recording with Taj Mahal, Rita Coolidge and appearing on over 100 recordings. On bass is multi-instrumentalist Fred Murray, whose background in blues, folk and rock gives the ensemble a heartbeat that underscores the ensemble’s powerful and passionate music.

ABOUT THE BAND MEMBERS:

Eric Williams (guitar, ukulele, bouzouki and vocals)
A multi-instrumentalist playing instruments ranging from guitar in all styles, bass, banjo, ukulele to the gorgeous warm sounds of the bouzouki. Eric has been a recording artist and album producer on more than one-hundred albums. He has performed and toured with the likes of Tori Amos, Taj Mahal, Tracy Ullman and Russian Balalaika Orchestras.