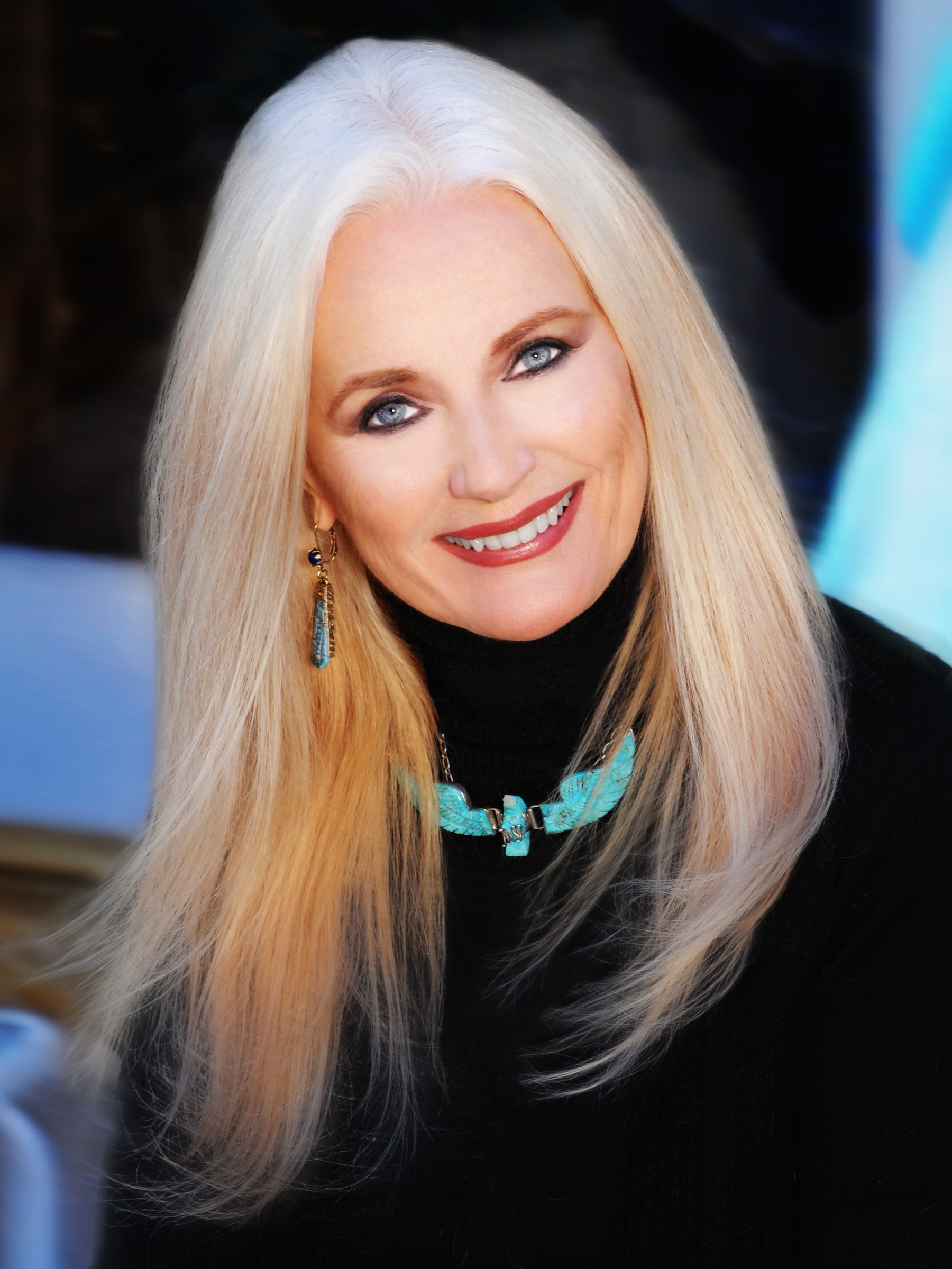 Celeste Yarnall has led a multi-faceted career. She began as a model,spokesperson, and actress fresh out of high school. She was discovered by Rick and Ozzie Nelson while walking past their offices at General Service Studios in Hollywood and appeared in an episode of “Ozzie & Harriet” in 1962. Jerry Lewis personally selected this young beauty casting her as one of the students in “The Nutty Professor.” Paramount then cast her in a cameo role in “A New Kind Of Love” with Paul Newman. She also appeared with Jack Lemmon in “Under the Yum Yum Tree.” In 1964, she became the last elected Miss Rheingold receiving 20,000,000 votes from her fans. She moved from Los Angeles to New York, and traveled all over the Eastern Seaboard making personal appearances, doing television and radio commercials and print ads as the Rheingold Beer spokesperson. Her career as a top print model and television commercial spokesperson skyrocketed.

Celeste returned to Los Angeles in 1965 to pursue her acting career and has numerous feature films to her credit such as co-starring in “Live a Little, Love a Little” opposite Elvis Presley and playing the beautiful vampire, Diane, in “The Velvet Vampire” for Roger Corman. She starred in cult favorites”Eve,” in which she played Christopher Lee’s long lost jungle goddess granddaughter, and “The Beast of Blood” opposite John Ashley and soon became recognized as a popular “scream queen.” Other notable film appearances include “Bob and Carol, Ted and Alice” and “Around The World Under The Sea” for Ivan Tors Productions. Celeste guest starred on many television shows including “Star Trek” as Yeoman Martha Landon (Chekov’s love interest) in “The Apple,” “Bonanza,” “Hogan’s Heroes,” “It takes a Thief,” “Land of the Giants,” “Love American Style,” “The F.B.I.,” “Mannix,” and “Man from Uncle,” “Wild, Wild West,” “Bewitched,” and the “Columbo” pilot, as well as appearing in numerous other productions. Celeste was selected as a “Deb Star” at the Hollywood Stars of Tomorrow awards in 1967 and was acclaimed at the Cannes Film Festival as the Foreign Press’s “Most Photogenic Beauty of the Year.” Celeste was also the National Association of Theatre Owners’ “Most Promising New Star” of 1968. Consequently, her lovely face was splashed on magazine covers and newspapers all over the world.

In1970, Celeste’s beautiful daughter, Camilla, was born. Celeste divorced her manager/husband and continued her acting career appearing in “Scorpio” and “The Mechanic.” However, she began to feel that, as a single mom, a career change might be in order. So, between 1973 and 1993, Celeste segued into the commercial real estate business and specialized in assisting mainly entertainment companies either lease or purchase their office headquarters. She became enormously successful, eventually owning and operating her own firm, Celeste Yarnall & Associates. She continued to do some commercials, television (“Melrose Place,” “Civil War,” “Knots Landing,” “Sisters”), and film roles such as “Driving Me Crazy,” “Midnight Kiss,” the remake of “Born Yesterday” with Melanie Griffith, “Fatal Beauty” with Whoopie Goldberg, and “Funny About Love” directed by Leonard Nimoy.

Celeste is featured on the cover of Fantasy Femmes of Sixty’s Cinema and is one of the 20+ actresses interviewed by its author, Tom Lisanti. Celeste is also featured in Lisanti’s second book, Film Fatales.

On the business end of show biz, Celeste managed several talented screenwriters, including one of the writers of “On Deadly Ground” starring Steven Seagal. Having always loved and lived with cats and dogs, in 1993, Celeste embarked on another exciting challenge – to simultaneously write a holistic healthcare book for cats entitled Cat Care, Naturally – Celeste Yarnall’s Complete Guide To Holistic Health Care For Cats (Charles E. Tuttle Publishing), as well as breed, raise, and show eleven generations of championship Tonkinese and Oriental Shorthair cats reared on an all natural diet and supplements and the principles outlined in her book. Also in 1998, Celeste earned a Ph.D. in nutrition from Pacific Western University. Her second book, Natural Dog Care, was released in Spring of ’98 along with a paperback version of her cat book now entitled Natural Cat Care. Celeste’s latest book, The Complete Guide to Holistic Cat Care was co-written with noted holistic veterinarian and researcher Dr. Jean Hofve, for Quarry Publications, and was the recipient of The Cat Writer’s Association’s Muse Award for 2010. Celeste’s books are endorsed by prestigious Zone author, Barry Sears, Ph.D. Dr. Sears provided an essential fatty acid formula for her books for cats and dogs.

Celeste markets these formulas she developed with Dr. Sears under her Celestial Pets® line of cat and dog supplements along with Celestial Pets® VitaMineral Plus Supplement and Enzyme Supplements co-designed with prestigious holistic veterinarian, Dr. Russell Swift. Along with her business partner, Imelda Casper, she distributes these supplements, as well as homeopathics, herbs, and state-of-the-art clinical nutrition supplements to both her cat and dog clients and their human friends. All the supplements she recommends for people and their pets come from sources whose ingredients are graded for human consumption. Celeste consults on pet nutrition, alternative healing therapies, and anti-aging for cats and dogs. In addition to pet consultations, Celeste is also available for Holistic Life-Coaching for people for Diet and Weight Loss (HCG) and Bioidentical Hormones (Wiley Protocol), and The EFT Tapping Technique.

She frequently lectures on alternative and complimentary medicine and teaches people how to make their own cat and dog food. She has even produced a “How To” video in which she demonstrates the preparation of her fresh, raw food diet. In 2002, Celeste and her cat, Mimosa, were featured on Animal Planet’s “That’s My Baby” show. See Celeste’s website, www.CelestialPets.com, for more information regarding her holistic healthcare programs. In addition to speaking engagements and interviews, Celeste is a regular contributing writer for www.care2.com and www.naturalnews.com. Celeste also serves on the MOXXOR holistic Advisory Board www.MoxxArt.com and is busy building a global network of MOXXOR independent distributors.
Celeste’s hobbies include playing the pedal harp and dancing Argentine Tango. Celeste is married to noted British painter, Nazim Artist, www.NazimArtist.com. Celeste and Nazim reside in Westlake Village, California, and they travel extensively to speaking engagements, book signings, art shows, autograph shows and conventions, and welcome the opportunity to meet and chat in person.

For more information regarding Celeste Yarnall’s books, photos, videos, and pet products, placing orders, scheduling consultations, speaking engagements, and personal appearances, please call (818) 707-6331. You can also email Celeste at celestialpets@celestialpets.com. Check out her Yahoo Group fan site, http://groups.yahoo.com/group/Celeste_Yarnall-Official_Fan_Site. You can connect with the Celeste Yarnall Fan Club on Facebook and follow her on Twitter, @MoxxArt, too!