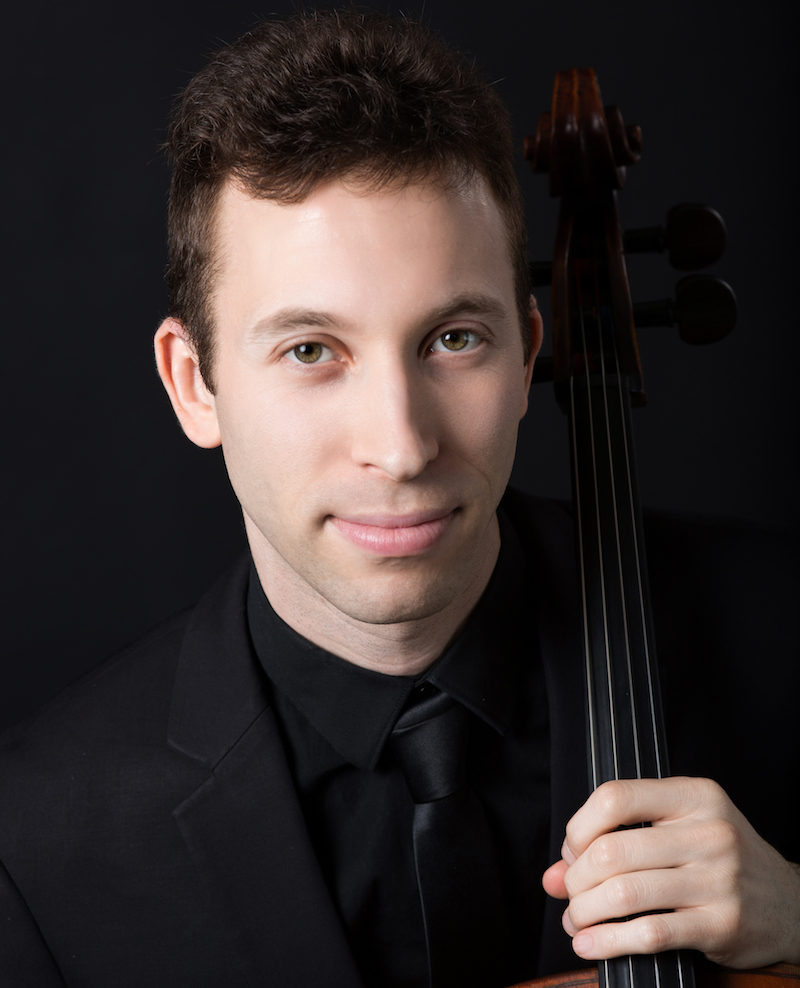 Michael Kaufman, explores sounds the cello isn’t supposed to make, be they ethereal scraping of the strings or industrial level strumming and banging,” said Mark Swed, LA Times. Passionately involved in contemporary music, Michael has premiered works written for him by composers such as BMI Competition winner Justin Hoke, Daniel Silliman, Jeffrey Parola and many others. He has worked with composers such as Thomas Adès, Jörg Widmann, John Adams, Donald Crockett and Stephen Hartke in interpreting their own music. After hearing Michael’s performance of Lieux retrouvés, Thomas Adès (the composer) declared it to be “breathtakingly good.” In April 2013, Michael participated in a Carnegie Hall professional training workshop with John Adams and David Robertson called American Soundscapes. In June 2014, he gave the west coast premiere of Sean Friar’s piece Teaser. He has performed in the concert series Jacaranda, the what’s next? ensemble, and in the Callings out of Context series at RedCat.

Michael is a regular and avid chamber musician. He is a founding member of SAKURA, an ensemble of five cellists which has been described by the LA Times as “brilliant” and “superb.” SAKURA has performed in Disney Hall as part of the Piatigorsky International Cello Festival and is currently Young Ensemble in Residence at the Da Camera Society. This season, it is performing concerts in LA, Sedona, Cleveland, and St. Louis. In addition to the quintet, Michael regularly plays with pianist Brendan White in a duo.

In addition to regular chamber music groups, Michael has collaborated in concert with artists such as Leon Fleisher, Midori, Anthony Marwood, Donald Weilerstein, Steven Tenenbom, Roger Tapping, and the Calder Quartet. He has participated in music festivals such as Open Chamber Music at Prussia Cove, Yellow Barn, Music@Menlo, Verbier, Kneisel Hall, Norfolk and Sarasota. Michael is the founder and artistic director of Sunset ChamberFest, which looks forward to its fourth season in June 2017.

Michael loves teaching and recently became cello faculty at Loyola Marymount University. He also works for the Harmony Project, an El Sistema program that serves low-income communities of Los Angeles. Additionally, he teaches privately in LA and has taught masterclasses at schools such as Bowling Green, Cal State Long Beach, UC Irvine, Caltech, and Saddleback College. He served on the USC faculty of student instructors from 2011 to 2014.

In an orchestral setting, Michael is the Associate Principal Cellist of the Redlands Symphony and has performed as guest Principal Cellist of La Monnaie in Brussels. He also subs with the Los Angeles Opera and has played in the section of the San Diego Symphony. He was a founding member of the LA-based conductorless orchestra Kaleidoscope.

Michael is also passionate about baroque cello, for which he received a minor at USC, studying with William Skeen. He frequently plays principal cello with Musica Angelica Baroque Orchestra of Los Angeles and enjoys other small projects on period instruments.

Born in 1987 in New York City, Michael moved to Cleveland at the age of three. One year later, he began cello lessons with teacher Pamela Kelly, and continued with her into his teens. By the age of seventeen, he was already participating in music festivals in Sarasota and Norfolk. In 2004, he was the only cellist to be accepted to the Young Artist Program of the Cleveland Institute of Music, where he studied with Alison Wells. He then received a Bachelor of Music Degree with distinction and a Performer’s Certificate from the Eastman School of Music, studying with Steven Doane. During this time, he had masterclasses with cellists such as Steven Isserlis, Frans Helmerson, Pieter Wispelwey and Miklós Perényi and chamber music coachings with Robert Levin, Pamela Frank, Daniel Hope and members of the Tokyo, Emerson and Orion String Quartets. Michael earned his Master’s Degree and Doctorate from the University of Southern California, studying with Ralph Kirshbaum.

More About Michael Kaufman, SAKURA and Sunset ChamberFest at: