Talk That Matters
Home Archived Lead By A Philosophy of Fearlessness and Wisdom, with Guest Adam Schomer on Life Changes With Filippo – Radio Show #182

Lead By A Philosophy of Fearlessness and Wisdom, with Guest Adam Schomer on Life Changes With Filippo – Radio Show #182 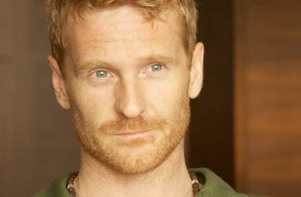 Writer and Producer: With his Bachelors of Science degree from Cornell University in hand, Adam set off to graduate from the even more prestigious Second City, beginning his improv comedy career and going on to write and produce several comedic shorts and stage plays. He then wrote and produced the Becka and the Big Bubble TV Show, a mixed animation/live action children’s show that aired on PBS San Diego, based on his award-winning children’s book series by the same title. Since making THE HIGHEST PASS, his company i2i Productions has finished production on the feature documentary When The Dust Settles and is set to complete post production in September 2012. This film takes a deep look into the effects of nuclear testing on the children of Kazakhstan. I2i Productions is also in development on a travel documentary TV series for kids, Yes I Can, as well as a TV docu-reality series based on their next Himalayan motorcycle adventure.Adam is also the co-author (with Anand Mehrotra) of a soon to be released book series on freedom, The Free Life. i2i Productions can be found at: www.livingi2i.com For Adam Schomer, The Highest Pass wasn’t just about making a cool, adventure film. On the contrary, Adam was looking for something more, something deeper. And as the saying goes, “Be careful what you wish for.”

Despite the fact that Adam had never ridden a motorcycle, he agreed to go on a motorcycle trip through the highest motorable elevation in the Himalayas. It was down-right crazy for him to go having practiced riding a bike two weeks before the trip. Adam studied Engineering and played NCAA Division I soccer for Cornell.

A dorm room buddy introduced him to meditation to help him relax and Adam quickly embraced its benefits. He found it especially useful before soccer matches. Foregoing grad school, Adam eventually made his way to Los Angeles to work in the Entertainment business. Shortly after his arrival, he was inspired and determined to go to India. It was on this trip that he met Anand in Rishikesh.

When he returned to LA, he had been affected by Anand’s teachings and philosophy. He went back to India, this time alone, to study with Anand. It was during those six weeks of early morning meditations by the Ganga River, yoga, jogging, wisdom talks that Anand turned to him and said, “I’ve been wanting to ride my motorcycle to Ladakh, the Manali-Leh road that crosses many treacherous mountain passes and leads to the highest mountain road in the world – Kardungla…you want to come?”

Soon after Adam Schomer meets a modern yogi and guru, Anand Mehrotra, they plan an expedition through the highest passes of the Himalayas in Northern India.

These are some of the most dangerous roads in the world, yet they manage to assemble a team of seven motorcycle riders to share in what will become the journey of a lifetime.

These riders and Adam, who learned to ride two weeks before the trip, are guided by the inspiring teachings of Anand who bears the burden of a Vedic prophecy that predicts he will die in his late twenties in an accident. He is that age now, yet leads with a fearlessness and wisdom that reminds us that “Only the one who dies, truly lives.”

But wisdom in words and wisdom in practice can be very different indeed, especially when riding along the sheer icy edges of Himalayan cliffs. The bikers ride on that edge, navigating dirt, gravel, snow, ice and the onslaught of loaded trucks, known as âroad killersâ, as they journey for 21 days towards the highest motorable road on earth. It is a pass open only three months a year and at a height 18,000ft, is on par with Everest base camp. Low oxygen, altitude sickness, river flooded roads, and a constrictive fear all live along this one lane road.