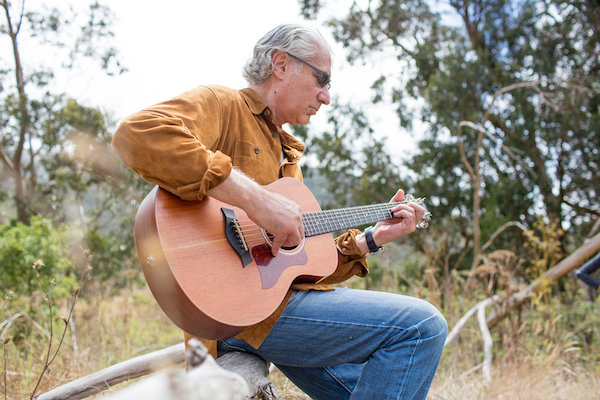 Kim Margolis is a singer /songwriter producer from London, England. At the age of 16, he left school with a passion for the music industry, where he found work as assistant engineer/tape operator for Dick James music (Northern Songs). He worked with Reggie Dwight (aka Elton John), Steven Demetre Georgiou (aka Cat Stevens), and other up and coming artists recording mostly early demos. He was then hired by the Decca company to work in their copyright dept and swiftly moved up to staff record producer.

He worked on tracks for David Bowie (The World of David Bowie), and produced various new artists including the classic folk album “Everytime You Move” by Hunter Muskett.  After being disillusioned by the record business in 1969 he “dropped out” and went to live on a hippie commune in the Welsh mountains. Always passionate about songwriting and music production, he continued to write and play solo and in various bands and continues to this day to perform and record in the San Francisco Bay Area.

More About Kim Margolis at: www.kimmargolis.com