The Politics of Love with Guest Paul E. Amori and Musical Guests Ganda Boys on The LIFE CHANGES Show – #412 Pg2 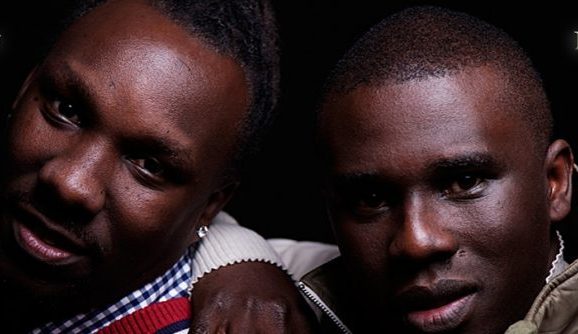 “The Politics of Love,” with Guest, Founder of the Love Party, Paul E. Amori, who is also running for Mayor of Los Angeles; and Musical Guests, Stars of the BBC-TV Drama Series, “Moses Jones” and “Peak Practice,” Ganda Boys, UKbased Ugandan Singers Denis Mugagga and Dan Sewagudde, (Formerly of DaTwinz fame), on The LIFE CHANGES Show

The Ganda Boys (formerly known as Da Twinz) was formed during 2008 through an exciting collaboration on the highly acclaimed 2009 BBC-TV drama series, MOSES JONES. Denis Mugagga, Daniel Sewagudde and Craig Pruess immediately found that they had a special sound and style together – and that they could write lots of songs as a team (so easily) and the result was immediate, soulful, amazing and rewarding.

Forced to flee Uganda in 2001, Denis Mugagga and Daniel Sewagudde acquired refugee status in the UK having endured a relocation process that lasted several years. As young musicians from a turbulent Ugandan homeland they experienced first-hand the hardship of re-establishing their lives in a foreign system, leaving family, friends, and their budding hopes behind. They found strength while meeting many other refugees along their journey and became committed to addressing the current unprecedented flow of over 60 million displaced people from several troubled countries in the world.

On top of that, the three Ganda Boys have started the GANDA FOUNDATION, their charitable organization for raising money for social programs to combat poverty in the Third World – starting with raising funds and providing equipment for Ugandan hospitals and schools in need.

Living in Kenya, East Africa, for some years, he stirred up the music scene there after joining the East Conservatoire of Music in Nairobi as a full time member of the music teaching staff. (he was in constant trouble with the establishment there for becoming well known in Kenya with his rock and soul bands!).

Based in the UK for many years, Craig has arranged and/or produced many of the UK’s top recording artists, including Massive Attack, Def Leppard, Sir Cliff Richard, Bond, and has been a featured session musician for Joe Cocker, Mike Oldfield and the Madonna film, “The Next Best Thing”. This is surely a very dangerous man…

His Indo-fusion expertise and sitar playing can be heard on “Charlie and the Chocolate Factory”, “Harry Potter, The Goblet of Fire”, “The Guru” and the Warner Brothers film “A Little Princess”.

Craig’s number one UK box office composer credits include the soundtracks for films “Bend It Like Beckham” and “Bride and Prejudice”, and his credits for TV music include the 2010 BAFTA Award nominated and 2009 RTS award nominated (for best original music score) BBC-TV drama series, MOSES JONES, and also one of the most successful independent TV drama series in UK history, “Peak Practice.”

But it was during the making of the recent BBC “Moses Jones” series that Craig first met and worked with Denis and Dan, and they have never looked back! It’s a sizzling collaboration, made for an international audience – heart and soul, poetic and full of energy!

Beautifully recorded and performed, with a vibrant and organic sound, the new album is called THE WAR OF LOVE.