Popular Shows
Home Archived The Near Death Experience That Inspired a Movement, with Guest Yoichi Utebi and Musical Guest Raspin Stuwart on The LIFE CHANGES Show #551

The Near Death Experience That Inspired a Movement, with Guest Yoichi Utebi and Musical Guest Raspin Stuwart on The LIFE CHANGES Show #551 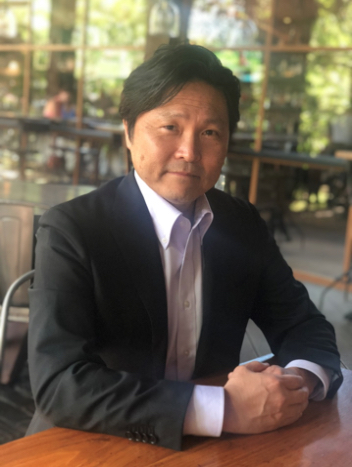 The Near Death Experience That Inspired a Movement, with Guest, Head Minister of “Happy Science,” and Vice President and Producer of the film, “Immortal Hero,” Yoichi Utebi; and Musical Guest, Singer / Songwriter Raspin Stuwart on The LIFE CHANGES Show #551

Born in Japan in 1968, Yoichi Utebi grew up in Beirut, Lebanon and New York City. Raised in a rare Japanese Christian family, he was deeply touched by Muslim culture and the beauty of Lebanon during his formative years in Beirut. However, the Middle East also exposed Utebi to the horrors of war, as he and his family dodged bullets and bombings before fleeing to New York, leaving everything behind in a sudden evacuation.  The next 10 years in New York exposed Utebi to friends from multiple cultures and ethnicities. His rock band produced a popular album and gained quite a following in the city before Utebi decided to forego his musical pursuits and return to Japan.

After 12 years of experience in marketing and senior management at various American IT companies in Japan, Utebi joined Happy Science in 2010, where he quickly rose to Director of International Communications. In 2015, he was appointed Head Minister of Hawaii, and in 2018 he led the temples in Okinawa. Utebi is currently leading Happy Science’s International Media Division and is the Vice President of HS Productions and producer of “Immortal Hero.”

Makoto Mioya, a highly successful Japanese author and publisher, has a life-threatening, near-death experience. Powerful spiritual beings with whom he has communicated most of his adult life visit Makoto to remind him he has the power within to heal himself. Reborn, Makoto commits his life to sharing the almighty wisdom he receives from the spiritual realm. As doubters, including some of his own family, challenge and question his new-found ardor, Makoto must find a way to connect with his family and the ‘family of man’ to inspire a better world.

More about the film, “Immortal Hero” at: www.immortal-hero.com