Sync Up and Re-imagine the World Around Us Ep658-2 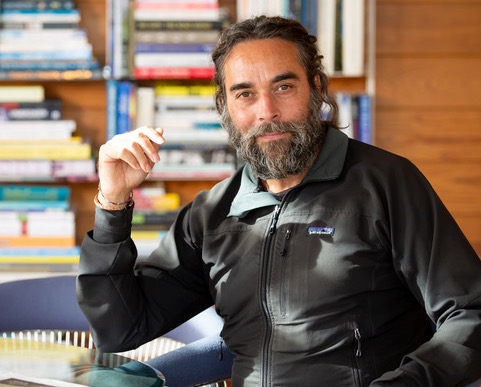 It was in the middle of 14 years’ Shamanic training that Jarvis’ true awakening happened, during the filming of 2007 Channel 4 reality TV show ‘Dumped’. Shot on location on a Croydon landfill, the experience opened Jarvis’ eyes to the vast devastation human lifestyle waste was having on the planet. It was a realization that was to lead to a lifetime’s work protecting the Earth.

His first magazine GREEN was published with National Geographic from 2008, which then moved to The Guardian in 2010, evolving into the My Green Pod magazine from 2013. Co-produced with wife Katie Hill, it is now the world’s biggest ethical lifestyle magazine. Jarvis launched the P.E.A. (People Environment Achievement) Awards which, in its 11th year, is the UK’s leading sustainability awards and honours individuals and teams for their contribution towards sustainability.

Spring of 2021 sees Katie and Jarvis collaborate with Jo Wood for the My Green Podcast, interviewing celebrities like Fearne Cotton about their ethical endeavours. Providing shoppers with a healthy, affordable retail space that is good for them, their children, their families and ultimately, the planet, Jarvis and Katie’s online eco-conscious store www.mygreenpod.com leads the field in ethical shopping. In October 2021, Jarvis’s TEDX Glasgow talk,

Possibility Consciousness – where do we start with runaway Climate, encouraged people to stop and re-evaluate their consumer lifestyles and the negative knock-on effect on the planet. In the next decade Jarvis’ intent is to provide an ethical alternative to Amazon, with real purpose and proper values. As his message and impact spreads, so the My Green Pod project continues to grow in strength, reputation and effect.

More About Jarvis Smith at: www.jarvissmith.com and