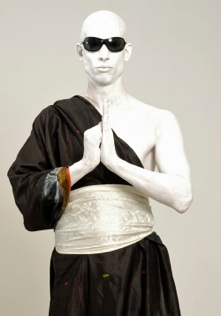 Stuart Davis is all about the hyphens: Writer-Director-Actor-Comedian-Songwriter. Naturally, Stu’s debut television series Sex, God, Rock ‘n Roll allows him to play in myriad ways. His day job has always been rock ‘n roll. Having performed thousands of shows and released 14 albums, Davis is a pillar of the showbiz carnival. But in the past few years he’s been branching out into other forms of fun.

Combining original songs, comedy sketches, and monologues, Stu’s TV show is a mosaic of mediums that suits his multi-faceted passion. “Razor-sharp improv. Lurking amid the minutiae of his observations on life and the Universe are some startling insights. Davis pulls off the most elusive of party tricks…Even the gods were grinning.” IRISH TIMES, DUBLIN IRELAND