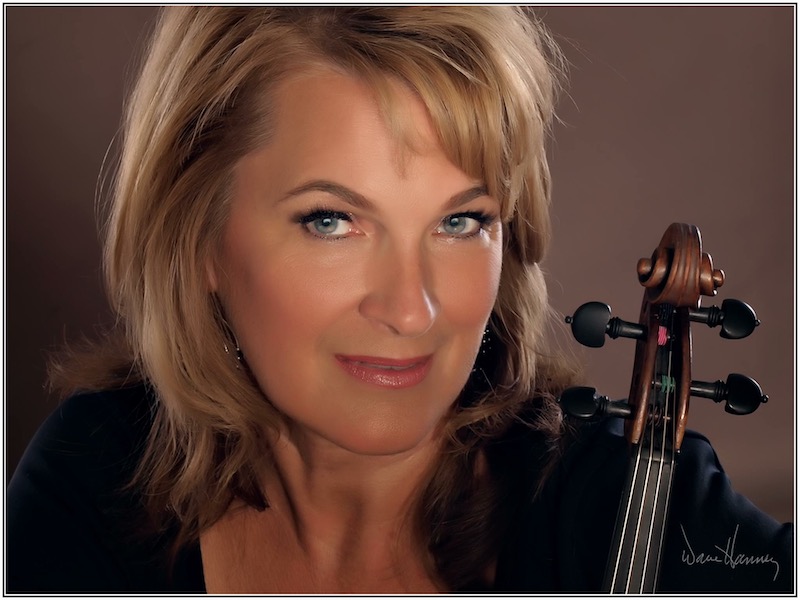 Robin Cecil, Violinist  received her Bachelor’s Degree in Music Performance at California State University, Long Beach, and was a member of American Youth Symphony under the baton of Mehli and Zubin Mehta.  In 2013, Robin was invited to Anyang, South Korea as Artistic Ambassador to perform with her harpist-daughter in celebration of Anyang’s 50th Anniversary of Peace and Freedom.

Robin has been chosen to perform on stage with many celebrities such as Luciano Pavarotti, Elton John, Yo Yo Ma, and Josh Groban.  She can also be heard on television commercials for KFC and movie soundtracks such as “Spiderman”, “The Avengers”, and “The Soloist”.

Robin lives in Garden Grove, California with her husband and 3 children.

More About Robin Cecil at www.dacapoplayers.com/player_robin