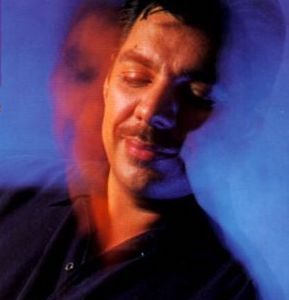 “Social Justice For All,” with Guest Orion Brutoco, Executive Director and Founder of “The Social Justice Team,” and Musical Guest, Guitarist, Recording Artist, and Music Producer and Educator, Juan Carlos Quintero on The LIFE CHANGES Show

When he first picked up the guitar at age eight:  “No matter what style I ever played in, I always came back to the Latin grooves.  Latin music crosses so many boundaries and its ability to seduce at the same time as it celebrates life and my culture background has always amazed me.  It’s got a strong natural appeal to me.  A few years before I picked up the guitar, I remember being mesmerized by a high school band that played next door to my elementary school in Brussels.  They were a cover band and I said, ‘who are the guys form the radio!’ I was hooked form then on.”

Quintero was particularly inspired by Spanish flavored masters like Cal Tjader, Eddie Palmieri, Tito Puente, Antonio Carlos Jobim and Carlos Santana, but he felt that Chick Corea best brought out the excitement of bridging Latin music and American jazz.  Quintero took this lead both when he was attending Berklee College of Music in the early 80’s and when he launched his own solo career later in the decade.  He studied composition at Boston’s New England Conservatory, and then moved to Los Angeles, where he plugged into the city’s studio scene with the help of this mentor Tommy Tedesco.  While doing TV and soundtrack work by day, Quintero hooked up with some of his old Boston schoolmates and began gigging in Los Angeles and Orange County.  Opening for longtime hero Gato Barbieri early on convinced him whatever struggle he faced was well worth it.

Achieving his goal of “speaking positively about my homeland and help others see it in a more positive light through my music,” Quintero became a staple of NAC radio with tracks from his first two albums, a self- titled effort in 1990 and Through The Winds in 1992 on Nova Records. Critically acclaimed records followed through out the 90’s that included “The Way Home” on Escapade records.   Followed by releases through joint ventures with Robert Fripp’s label, DGM as well as Native Language Music releases featuring Medellin, Los Musicos, and Los Primos.  He worked in A&R and produced a handful of projects for Nova then worked in artist’s relations for Latin Percussion Music Group, a noted manufacturer of percussion instruments; he functioned as liaison with the company’s most notable endorsers, including Latin legends Puente and Irakere and members of Santana. Quintero was also featured on Jazz on the Latin Side Volume 1 (2000) and Volume 2 (2001), all-star live recordings (at B.B. King’s Blues Club, Los Angeles) for Ubiquity/Cubop Records alongside Alex Acuna, Poncho Sanchez, Justo Almario, Otmaro Ruiz, Francisco Aguabella and Luis Conte, to name a few.

Quintero in recent years also developed a career as a professor at College of the Canyons in Valencia, and California State University.   Teaching shaping the concept from Moondo Records, which began as a platform for his publishing catalog; he now owns the rights to his music, which has been contracted out to numerous televisions shows, including Lifestyles of the Rich and Famous, Extra, Hard copy and various programs in Europe and Japan.

Following the success of Moondo Records, Juan Carlos recognized a value in supporting artists from other genres in music including his passion for blues, R & B, jazz and folk. The answer was to develop a new label, Tenure Records in partnership with Innerknot Inc. and Moondo Records Inc. – a label able to explore other sounds from other artists. Tenure’s first releases included Christmas discs by guitarist, Luis Villegas and Juan Carlos Quintero along with Jazz/R & B vocalist, Lynne Fiddmont’s debut release followed by pianist, Marcos Ariel’s new disc from Brazil.

Joining forces first with Ryko distribution and Innerknot Inc. has bolstered JCQ’s identity as a Latin instrumental artist who can play both world music and jazz festivals while nurturing the signature sounds of Moondo Records and Tenure Records.

“One of the greatest privileges is just being able to keep recording and playing my music for people while realizing my vision through music and business,” he says. “Having my records in stores is one thing but causing other deserving artists the same opportunity goes beyond the dream –It’s truly a blessing.”