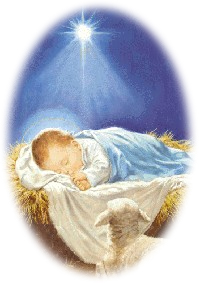 Growing up, Christmas was always a special time for me, for obvious reasons, and some not so obvious reasons.  One of those not so obvious reasons, was that Christmas Eve was my Father’s Birthday.  Th0ugh Birthdays are special in and of themselves, at least the way we traditionally celebrate them in America, a Christmas Birthday is even more special, at least it was for my Father and my family.  Almost every year someone in the family, my Grandmother, my Mother or  my Father would recount the story of the birth of my Father.  The story became almost as iconic in our family as the story of the birth of the Christ Child.

As I recall the story, my Grandmother gave birth around midnight on Christmas Eve in her and my Grandfather’s bed, in their home, in a little town in Sicily.  My Grandmother was surrounded by her sisters and a midwife who helped her deliver the baby.  After my Father was born, he was immediately bathed in a warm tub of water.  As was done in those days, the water was then thrown out the bedroom window with the traditional announcing of the birth and the newborn’s gender to be heard by the heavens and all who were in earshot.

Much like at Easter, when devout Catholics and Christians proclaim, “He Is Risen,” after midnight on Christmas Eve, “He Is Born,” is traditionally proclaimed by many devotees.  And therefore, announcing both the birth of Christ and my Father’s birth, the midwife proclaimed, while throwing out the water, “Nasci u bomminedrru! Masculu e!”  “The baby Jesus is born.  It’s a boy.”  Announced in this way, the announcement of my Father’s birth became quite prophetic in itself.

Afterwards, many of the neighbors, who had been anxiously waiting outside and at their windows and doors in the neighboring homes, cheered and clapped at the announcement.

Immediately, following the announcement, neighbors and relatives began to gather to see my Grandmother and the newborn, who they found in my Grandmother’s arms, wrapped up in a white sheet.  As prophetic as the announcement was, the story gets even more astounding as many of the neighbors who had been keeping watch and awaiting the birth, said that they saw what they could only describe as an angel fly from the bath water toward the heavens, as the water was being thrown out and the birth announcement was being heralded.

As do many neighborhoods in Sicily, my Grandparent’s home was on a neighborhood where there was a little nook carved out on one of the adjoining walls of the homes, wherein there was a statue of a saint.  Much like carolers, in Italy, instrumental bands would march around the city on Christmas Eve and play religious Christmas music in front of these statues where people stopped to worship throughout their days.  It just so happened, that around the time of my Father’s birth, a  band had stopped in front of this religious statue and was playing an instrumental religious song steps away from my Grandparents home.  Upon hearing them, my Grandfather, went outside and invited the musicians into the bedroom where my Grandmother and my Father were.

The musicians proceeded to play a Christmas song for my Grandmother and my Father, much to the delight of all gathered as they felt they were witnessing a divine and historic moment.

Regrettable, to me, as a singer and a musician, no one could recall any of the songs that were played on that, my Father’s “first” Christmas Eve and Birth Eve.  My Father would on occasion try to hum a song for us from his recollection, but it wasn’t something that he recalled very well, and therefore not something that stuck with any of us siblings.  But what did stick was the story and the sentiment behind it.

Every year at Christmas time, my family would set up a manger scene and every night for a week or so, before Christmas, we would light it up with the decorative lights and candles, and gather around it.  As a family we would say our nighttime prayers, and we would end the prayers by singing a couple songs together.  Invariably, the song selection would always include “Tu Scendi da le Stelle,” an Italian traditional Christmas Carol, and “Silent Night.”   I came to believe “Silent Night” was my Father’s favorite Christmas song, and as a child I remember associating it with not only the birth of Jesus, but as my Father’s birth, somehow.

Fast forward many, many years, I became a professional singer.  My first musical director, Terry Cano, would say to me every year around Christmastime, “we should record a Christmas song for your parents.”  Things being how they sometimes are, we just never got around to recording a Christmas song.  I don’t know if Terry had a song in mind at that time, but how I wish we had recorded it.

My Father has long since passed, and no one in the family has really told this story again, like we used to hear it told.  Although, on Christmas Eve, no matter where we all are, together or not, every family member still stops whatever we are doing at around midnight on Christmas Eve and sings Happy Birthday to my Father, and sometimes… “Silent Night.”

Years ago, I was visiting my now friend Terry Cano, with whom I had not had the opportunity to work with in awhile.  We were hanging out in his recording studio reminiscing, and I told him how I had wished we had recorded a Christmas song all those years ago.  Not letting me regret any longer, he got up from his chair and said, “let’s just record one right now.”

The next thing I know, Terry is working on an arrangement to our would be Christmas song.  Unbeknownst to Terry of any of this story, of all the songs Terry could have picked, he picked the song,  “Silent Night.”  Right away he put me in the recording booth and away we went.  Several times, I stopped singing and turned away from Terry’s view so he wouldn’t see me crying, as I recalled this story and so many memories around this song.

It’s hard to believe that this too was many years ago, and no one has ever heard this recording of “Silent Night” but Terry and I.  In fact, neither of us have heard it since, until I recently ran across it, by “accident,” in an old hard drive.  As I recall it, we never let anyone hear it, because we never finished it.  We actually recorded two renditions and were, going to listen to them outside of the studio and decide which one we liked better, and then finish the one we decided to keep.  It was either that, or we couldn’t agree which one to finish.  I think Terry liked the traditional version and I liked the more latin version, because it was different and unique.  But as sometimes happens in life, both of us got busy and neither version ever got finished, in fact, we both completely forgot about it.

Technically, though my Father has long passed, his story is long from finished, as is his legacy.  In the spirit that the story was shared with me, I share it with you here on this evening, the First Day of the Twelve Days of Christmas 2013.

And, the song, finished or not, in the spirit and generosity that Terry Cano gifted me a studio session and hours of joy together with this very special song and its very special meaning to me, personally, I share it with you all today as my gift to you.