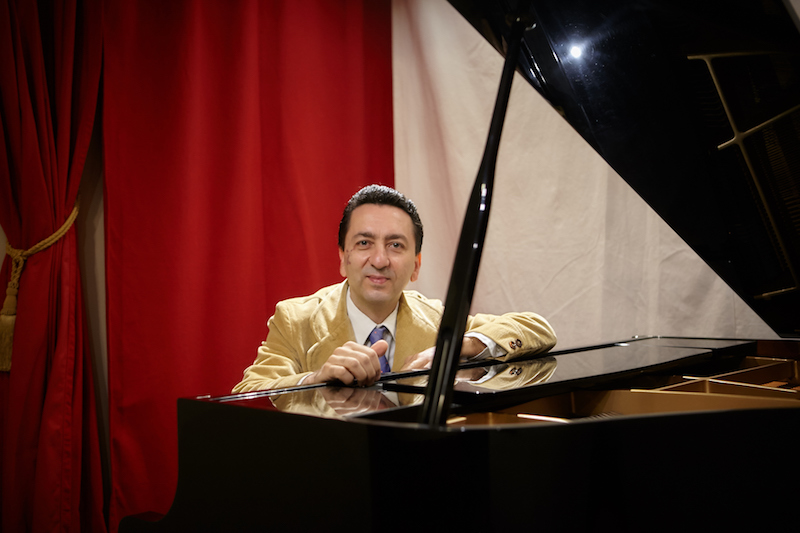 Endowed with an uncanny ability to generate musical phrases at will, Tigran Martikyan’s improvised arrangements are often mistaken for planned and inscribed compositions, even encompassing multiple genres. Martikyan (who began his musical education at age seven) extends his repertory beyond his beloved jazz; composing classical pieces as well as music for motion pictures and choreographies.

Tigran Martikyan’s music has won several awards and praises. He has given a number of concerts across the U.S., Europe and Middle

East, including his world premiere of “Piano Sextet” at Carnegie Hall in 2008. The legendary, Chick Corea calls Matikyan’s music “intellectual” and the world- renowned jazz producer, George Avakian describes Tigran as, “a pianist to be reckoned with – technique, taste, and fresh originality”. In 2001, the New York Post recognized Tigran as one of “New York’s most promising young jazz musicians.” Martikyan has been featured on Bloomberg Radio in New York as well as various Armenian Radio and TV stations across the U.S. and Armenia.

His album Why was featured on the Regis & Kelly Show in 2003. Tigran’s formal musical education spanned the ages of seven and 16 at the Tigran Chukhajian Music School of Armenia, in his hometown of Yerevan. After immigrating to the United States, Tigran studied Jazz at the University of Southern California, graduating in 1998. He subsequently enrolled at the prestigious Manhattan School of Music in New York. Martikyan juggles his time composing, providing private lessons to professionals and recreational beginners, and performing concerts in the U.S. and abroad. He is the

founder and music director of the Martikyan Music Center, established in 2015. Tigran is currently working on his new album entitled My Hometown Armenia.