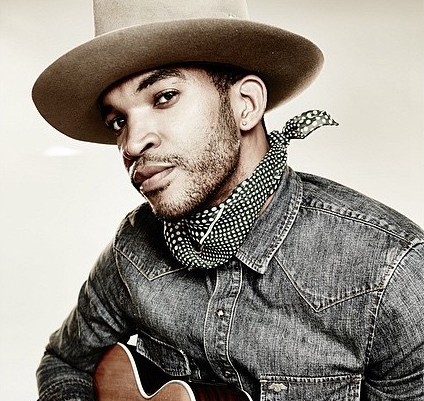 In Hebrew, his name means TRUTH. To the world, he offers to share, evolve and develop in his truth with the hope of inspiring all of us to focus on the art of giving and receiving love.

Emmett Skyy, a native of Baton Rouge, Louisiana, was born into a family of soul singers and storytellers. Performing since the age of 3 in the gospel/soul world, he knew in his heart that he could not thrive and develop as an artist solely in this genre. Feeling limited in his environment prompted a move to Los Angeles, where he could reinvent and pursue his dream of creating music/art specific to his own identity.

Upon his arrival to L.A., Emmett spent several months walking the streets, living in his car and couch surfing. It was during this time, that he began to understand and embrace his truth, which prompted the formulation of the themes that have become the basis for his creativity and purpose.

Honing his musical style and sound, he has collaborated most recently with producer / songwriters, Chris Seefried, Jeff Trott and Louise Goffin. Emmett’s music does not fit into one genre but rather is a reflection of his widely diverse musical palate, drawing inspiration from artists like The Beatles, Marvin Gaye, Radiohead, Johnny Cash, Alabama Shakes, and John Mayer among others.

In consort with his music, he has begun designing a line of jewelry, clothing and accessories. In both music and fashion, Emmett’s hope and sensibilities are to create art that will one day be considered unique to his own identity and not be compared to anyone else.