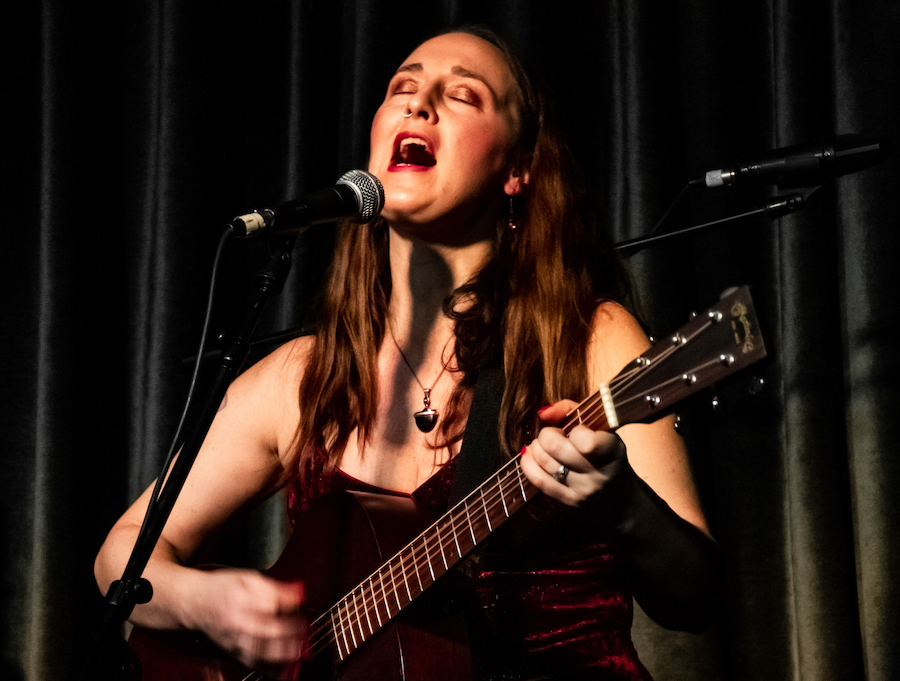 Cynthia Brando is a Los Angeles singer songwriter with a recognizably unique voice, which has been described as “equal parts silk and Stevie Nicks.” Cynthia has developed a connection with fellow musicians and appreciators as a performer all across the Los Angeles region and beyond-sharing her unique “vintage vibe” powerful vocals and steady acoustic folk rock rhythms in clubs, homes and as a street performer.

She has played notable shows at House of Blues in Hollywood, music festivals and has completed her second tour across the country.

Cynthia is the founder of Music Emerging-a site dedicated to the emotional well being of people in the music industry. She has been published as a guest writer on the music sites “Music Clout,” and “Music Industry How To,” and has received honorable mentions for her music in the Songdoor International Songwriting Competition and the American Songwriter Magazine Lyric Contest.

Cynthia is a 2017 recipient of a Hemera Foundation Fellowship Award for her music. Her new album, “The Treehouse Trio Sessions” was released in June of 2018 with positive national and international reviews. Music Connection Magazine included it in their “Top 20 Prospects of 2018” list.

“I have lived in Los Angeles now since the end of 2013 when I moved from a quiet Northern Californian town where I had a rural lifestyle. I moved here in my late 30’s to do something musical with my life. I wasn’t exactly clear on what form that would take-but my heart always gravitated towards music. I was not born a musician. It took me a very long time to reach the point where I felt good enough to make such a big move. I also came up against many emotional roadblocks in my life that stopped me from following my dreams.

My life has completely changed when I moved to one of the major musical capitals of the world. There are continually MANY challenges, but I get to do something I love every day in the form of writing, performing, recording, traveling and so much more.

In these years, I have performed in many venues, festivals, homes, and as a street performer-I started a project-Music Emerging, where I devote time to the emotional well being of my fellow colleagues in the music industry with my blog, workshops, life coaching and other resources.

I hope to inspire others to work through any fears they may have that stand in the way of their own dreams. I’m excited about sharing my music and stories with others on this fascinating path of the creative and working musician!”

More About Cynthia Brando at www.cynthiabrando.com