Popular Shows
Home Archived What Your Dreams Are Trying To Tell You, with Guest Michael Lennox on Life Changes With Filippo #67 S2:E28 (2010)

What Your Dreams Are Trying To Tell You, with Guest Michael Lennox on Life Changes With Filippo #67 S2:E28 (2010) 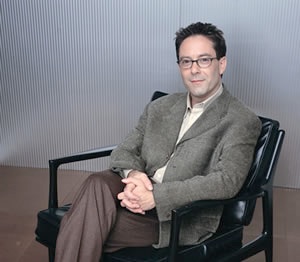 Dr. Michael Lennox is one of America’s most recognized and respected dream interpreters, having spent the last twenty years interpreting thousands of dreams in workshops, in the media and for corporate and private clientele. Lennox, who holds a Doctorate in Psychology, has been deeply influenced by Carl Jung’s theories on dreams.

His interest in nighttime phenomenon began when, at the age of three, he started having vivid and memorable dreams. As an adolescent, his curiosity began to grow when he borrowed his mother’s copy of Freud’s book, “The Interpretation of Dreams.” Though it was heady stuff for the young teen, it nonetheless proved to be a defining moment in his life.

After moving from New York City to Los Angeles in 1987, Lennox began studying at the Jung Institute located in West Los Angeles. Further investigation followed which led, eventually, to formal graduate studies that include an MA and PsyD in Psychology from The California Graduate Institute.

A highly sought-after media expert, Dr. Lennox has been seen internationally by millions of viewers on many television shows, beginning with the Sci Fi Network’s The Dream Team with Annabelle and Michael, which premiered in January, 2003. Since then, he has also been featured on the Emmy Award winning reality show Starting Over, Soap Network’s Soap Talk, MTV’s Myths and Urban Legends, National Lampoons Editorial Desk, The Wayne Brady Show as well as local news broadcasts in Los Angeles and Denver and frequent radio appearances nationally and in Canada.

Also a prolific writer, Dr. Lennox’s works have appeared in numerous magazines and newspapers, including Today’s Woman, 360: an on-line e-zine dedicated to the wheelchair bound, E-Harlequin Magazine, and a special edition of TV Guide dedicated to interpreting the dreams of Soprano’s character Tony Soprano. His doctoral dissertation, Astrology and Personality, was published by Lambert Academic Publishing in Spring 2009.

Dr. Lennox has worked with corporate clients such as Century 21, Carry-On Communications, Los Angeles Masons and others. He has taught for The Learning Annex and conducts workshops in various cities around the country and has a Los Angeles based private practice.